I Have No Hand In Naira Marley’s Arrest – Ruggedman - NaijaCover.Com
Skip to content 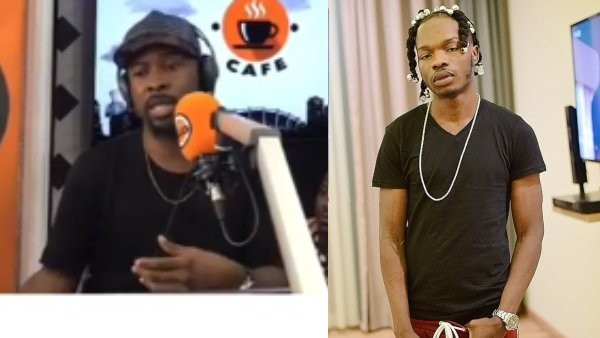 Ruggedman who in a new press statement, has stated that he had no hand in Naira Marley’s arrest as speculated by many.

Ruggedman who revealed that he has no hand in Naira Marley’s arrest, added that all he did was to caution the young artist who has influence, against making utterances about an issue that by global standard is considered a crime.

He further disclosed that despite the disrespect to his person, he’s got nothing against him and only longed for him to be discerning and utilize his position of influence appropriately.

His statement reads in part;

I have read and heard all sorts of comments pertaining to the Naira Marley case and seen the misinformation making the rounds which is quite unfortunate to say the least. I do not know Naira Marley personally, the same way I do not know the over 300 Nigerians I have gotten justice for against police brutality. I do it because it is who I am. All I did was caution a young artist, who has influence, against making utterances about an issue that by global standard is considered a crime. I believe correcting this was the way to go as an elder, but got insulted for this even by those being misled.

I hereby state categorically that I had nothing to do with his arrest. We all must recall that he glorified fraud on a public platform where security agencies like the Police, NDLEA and EFCC are also on. I am sure they saw his posts and captions the same way we all did. I, however, was the one that cautioned him. I guess this was what led all the darts and arrows my way as a literal mortal retribution to my person.

The post I Have No Hand In Naira Marley’s Arrest – Ruggedman appeared first on Naijaloaded | Nigeria’s Most Visited Music & Entertainment Website.