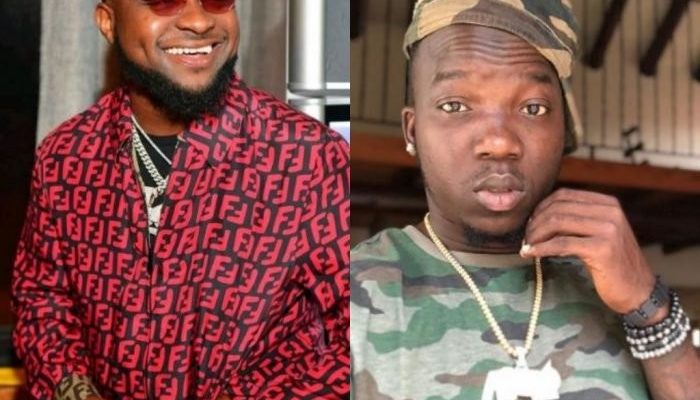 A DMW Records member, Aloma has slammed Aremo Gucci for insinuating that Davido played no role in the release of rapper Zlatan Ibile.

Shortly after Zlatan was released, the news was everywhere that Davido was behind it and that he hired a lawyer to help secure the rapper’s release.

However, Aremo Gucci in a video could be heard saying the release was secured through the help of Olamide and Burna Boy and no one else. He further stated that all those seen on social media calling for Zlatan Ibile’s release didn’t go beyond that.

The rapper was released after spending five days in the custody of the commission. However, singer Naira Marley who was the fifth person arrested alongside Zlatan Ibile was left behind.

The report says he was left behind due to some incriminating materials found in his laptop.

Zlatan regained his freedom after his label CEO Davido reportedly hired a Senior Advocate of Nigeria on his behalf. He would, however, have to report to EFCC whenever he’s needed.

Their arrest came after Naira Marley openly endorsed Yahoo boys and even did a song with Zlatan titled Am I a Yahoo boy with claims that Yahoo Yahoo is payback for the transatlantic slave trade.

In reaction, Aloma shared the below screenshot. CHECK IT OUT:  Coronavirus: How To Prevent Virus In The Work Place – WHO