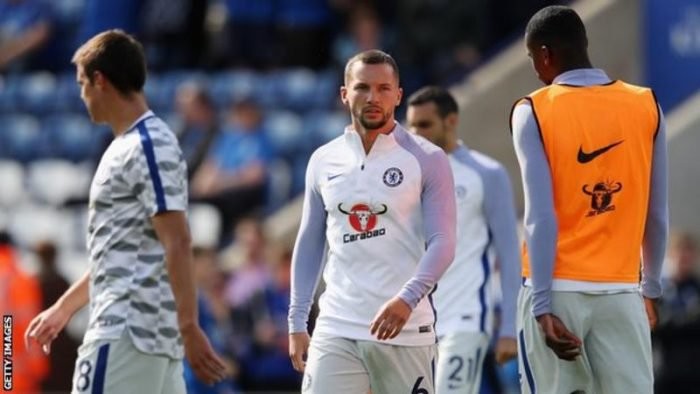 Chelsea footballer Danny Drinkwater has been banned from driving after ploughing his Range Rover through a wall while twice the legal drink-drive limit.

The 29-year-old and two female passengers were treated for minor injuries after the crash in Mere, Cheshire, on 8 April.

Stockport Magistrates’ Court heard he caused £50,000 of damage to the car. Drinkwater admitted drink-driving and was banned for 20 months.

The court heard he suffered a graze to his forehead when his car went through a wall in Ashley Road near to Tatton Park country house.

Prosecutor Subi Chowdhury said Drinkwater himself called emergency services after the crash at about 00:30 BST and admitted drinking alcohol to police officers.

He gave a reading at Middlewich Police station of 87 microgrammes of alcohol in 100 millilitres of breath, with the legal limit being 35 microgrammes.

Robin Sellars, defending, said Drinkwater was “fully compliant” with police and said he had been to a private function, with a friend expected to drive him home.

However, his friend was unable to do so and Drinkwater decided to drive himself to his home in Nether Alderley, Cheshire.

Mr Sellars added: “He only had himself to blame. He understands he’s done wrong. “He instructs me he will be employing a driver.”

Mr Sellars said Drinkwater had no previous convictions and asked for him to be punished with a fine rather than community service.

But District Judge Mark Hadfield rejected this and sentenced him to a 12-month community order with 70 hours’ community service.

The former Manchester United trainee was also ordered to pay £85 prosecution costs and an £85 victim surcharge.

CHECK IT OUT:  Manager Solskjaer Praises 2 Man United Players After 3 – 1 Win Over Brighton

Mr Hadfield said: “You knew when you got behind the wheel of that vehicle you should not have been driving.”