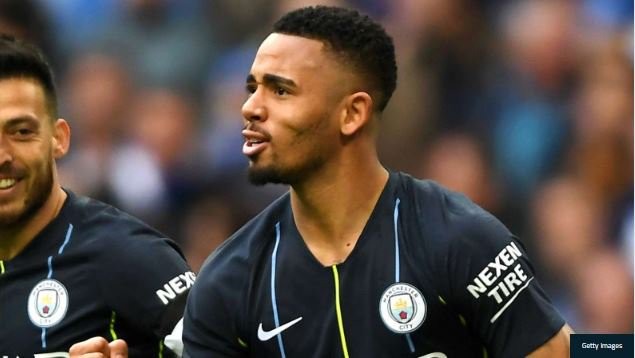 The 22-year-old striker has made 46 appearances in all competitions this season but started just 20 of those, scoring 19 goals as his side retained their Premier League and Carabao Cup crowns but crashed out of the Champions League at the semi-final stage.

Although Jesus described Manchester as his “home” in January, he admitted in April that he has been frustrated by his fluctuating role in Pep Guardiola’s team, saying:

“I always want to play. Of course it frustrates me but in a good way, it makes me want to train and work hard… I have always made it very clear that I always want to be with the team.”

Earlier this season he was challenged by Guardiola to raise his level and “fight to win his position” in the team ahead of Sergio Aguero, but there have since been reports that City are prepared to sell the former Palmeiras star in the next transfer window to make way for new players.

That outcome would likely benefit Jesus more than risking another year on the bench in Manchester, according to compatriot Rivaldo, who believes he is ready to try his hand elsewhere.

“Gabriel Jesus wasn’t as influential this season as he was in the last one and I think he has two valid options for next season,” the former Brazil and Barcelona star told Betfair.

“As a young prospect he could continue and keep evolving with Guardiola, hoping that more chances come, or he could leave for another club of similar stature to try to become a regular starting 11 player.

“I see the second option as the best solution. He already gained experience and maturity at City and looks prepared for a new challenge in a team where he could be more important for the team.”