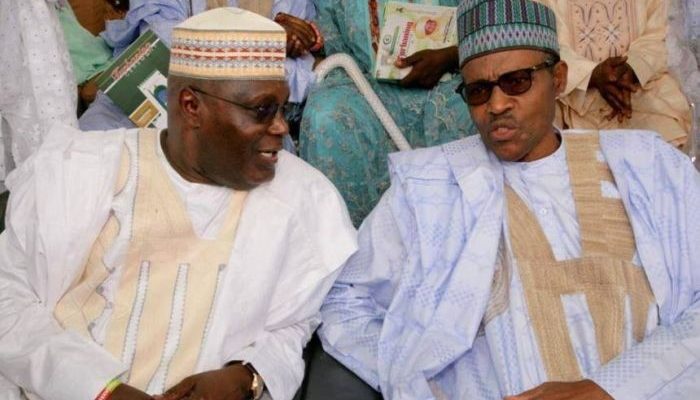 The Federal Government today accused the Peoples Democratic Party (PDP) and its presidential flag bearer in the February 23rd election, Atiku Abubakar, of planning to sabotage the Buhari-led administration.

The Minister of Information and Culture, Lai Mohammed, made the accusation while addressing State House correspondents in Abuja today Wednesday, May 15th.

Reading from a prepared text titled, “PDP’s Brand of Opposition Politics Poses Great Threat to Nigeria’s Democracy,” the minister alleged that the PDP and its candidate were keen to make the country ungovernable. The minister who declined to take questions after reading his text stated:

“The Federal Government has strongly decried the increasingly unpatriotic and desperate opposition politics being played by the PDP and its presidential candidate, Alhaji Atiku Abubakar, warning that such dead-end opposition could be toxic for the nation’s democracy if left unchecked.

“Never in the history of politics in Nigeria has an opposition party and its presidential candidate exhibited the kind of desperate tactics being deployed by the duo of the PDP and its flag-bearer, especially since President Muhammadu Buhari overwhelmingly defeated Atiku to win the 2019 presidential election.

“Either by themselves or via their proxies, the PDP and its presidential candidate are doing everything possible to sabotage the Buhari Administration, generally overheat the polity and make Nigeria seemingly ungovernable, especially through their public utterances and their poorly-thought-out press releases before and after the 2019 general elections.

“Unless they quickly retrace their steps, they may, sooner than later, overreach themselves.“For those who may be quick to accuse the government of crying wolf, the pre-election statement credited to the former Vice President, that unless Nigerians vote out the APC Administration, killings by herdsmen will continue and ultimately spark a series of ethnoreligious crises that will be irreversible, is looking more like a Freudian slip than anything else.

“Also, in recent times, the PDP has taken its desperation to a new low by attacking the judiciary, an action many see as indicating a reversal of the party’s hitherto self-assured stance that it has a solid case against the election of the President.

“And either by coincidence or orchestration, a faceless group emerges from nowhere calling for an overthrow of a democratically-elected government, a totally egregious act of treason.

“It beggars belief that a candidate who prides himself as a Democrat can so allow desperation to becloud his sense of propriety to such an extent that he will be associating with anti-democratic forces or making inflammatory statements.

“For acclaimed democrats, there are acceptable channels of seeking redress after an election defeat. Even President Buhari himself went to court three times to challenge election results.

“What is not acceptable is to either resort to self-help after an election defeat or to embark on a journey of subterfuge and sabotage while also mounting a legal challenge or pretending to do so.

“Worst still, painting the judiciary bad for whatever reason is anti-democratic and unconscionable.“We want to urge the main opposition party to stop beating the drums of war, concentrate on the legal challenge by its candidate against the election of President Buhari if indeed they have any faith in the country’s judiciary, and desist from unnecessarily overheating the polity.”

CHECK IT OUT:  Read What Atiku Said About Suicide Rate In Nigeria