Former Man United Boss Mourinho Reveals What Happens To ‘Nice Managers’ In Football (DO YOU AGREE?) - NaijaCover.Com
Skip to content 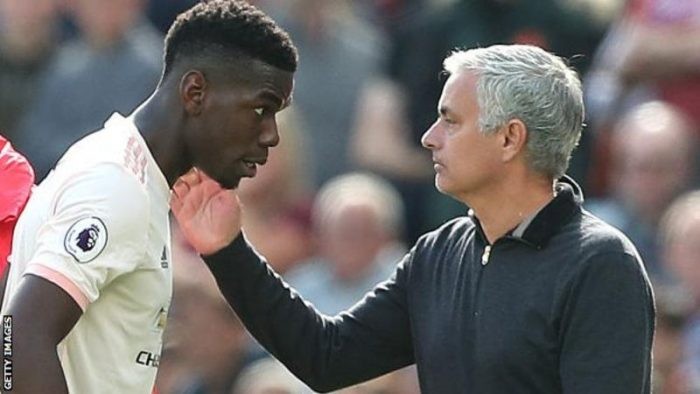 Jose Mourinho says “nice guy” football managers can end up becoming a “puppet” at their club.

The former Manchester United manager was sacked in December and replaced by interim boss Ole Gunnar Solskjaer before the Norwegian’s appointment was made permanent three months later.

“I don’t want to be the nice guy,” Mourinho told L’Equipe.

“Because the nice guy, after three months, is a puppet and that doesn’t end well.”

“When you are almost alone, in that you don’t have the support of the club close to you, while certain players go somewhat against the coach, who is the nice guy?”

Former United striker Solskjaer, 46, enjoyed 10 wins in his first 11 games in charge at Old Trafford, but that form dipped dramatically after he took on the role long-term in March.

The Old Trafford side won just two of their last nine league games and finished sixth in the table, outside the Champions League positions.

Mourinho, who guided United to second in the league in 2017-18 season, insists that was his “greatest achievement” at the club and that now “people understand”.

In his interview with the French newspaper, he said:

“When I say that the second season was fantastic, I say it because the potential and the objectives were met.

“I really squeezed, like an orange, to achieve them.”