No Governor Can Ever Beat The Records I’ve Set In Imo State – Rochas Okorocha Boasts - NaijaCover.Com
Skip to content 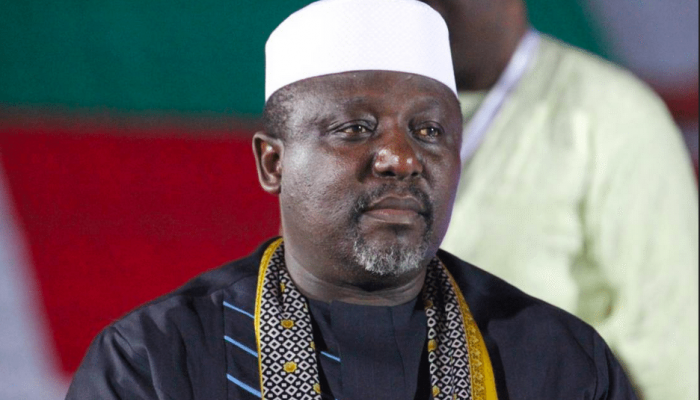 The Governor of Imo State, Rochas Okorocha, on Wednesday disclosed that history will vindicate him despite been misunderstood and seen as the most controversial governor the state ever produced.

He made the disclosure during the commissioning of the Justice Chukwudifu Akunne Oputa High Court Complex in Owerri, the state capital.

He boasted of setting a standard, which no successor in the state can beat.

“Let my works speak for me after leaving office. I am not in the business of wasting the tax payers’ money to commission projects because I believe that such funds should be channelled to other productive ventures.

“I have set a standard which any incoming governor would not beat.”

Nnadi stated that for many years insufficient court facilities gave rise to the uncomfortable situation where two or more judges shared one court hall.