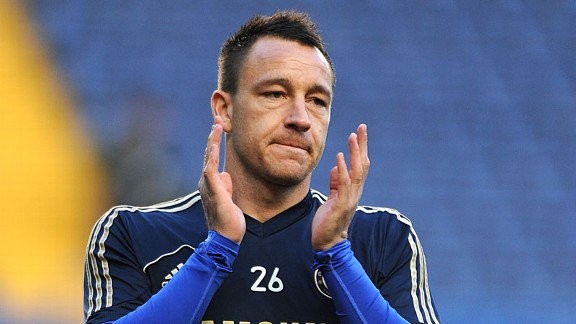 Chelsea midfielder, Ruben Loftus-Cheek has given reasons he doesn’t think the club can never replace the Blues legend, John Terry at Stamford Bridge.

Loftus-Cheek believes Terry, who is currently the Assistant coach of Aston Villa, can never be replaced at Chelsea because he was the club’s best leader both on and off the pitch.

The 23-year-old said that Terry was always organising and sorting things out to make it easier for his teammates during his time at the West London club.

According to him, Terry was very vocal on the pitch and the ex-defender was that character that made his teammates feel safe.

“Yeah definitely, but I think that comes with a lot of experience. I don’t think Chelsea can ever replace John [Terry]. He was the best leader I’ve seen, not just on the pitch but off it,” Loftus-Cheek was quoted by ESPN as saying.

“He was always organising and sorting stuff out to make it easier for us. On the pitch he was very vocal and was that character you have at the back who would organise and make you feel safe.

“I’ve observed that and felt that feeling, and that’s something that comes with experience. The more experience I get, then hopefully I can be that person.”

CHECK IT OUT:  ‘Why Messi & Ronaldo Should NOT Win Ballon d’Or’- Jose Mourinho