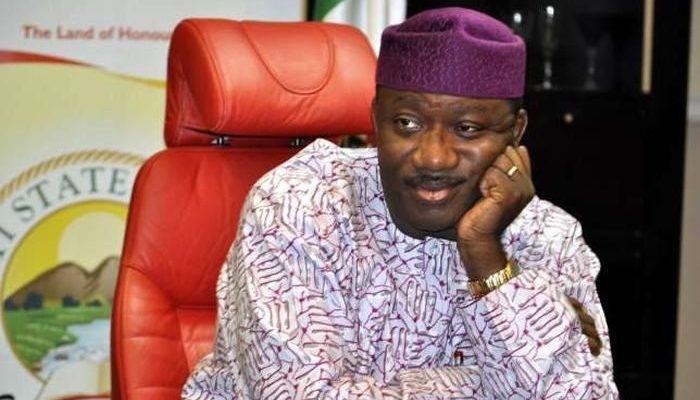 Lere Olayinka, Media aide to Mr Ayodele Fayose, former Governor of Ekiti State, has stated that the sacking of 2,000 workers employed by the Fayose government is a vendetta.

He revealed this in an in interview with Punch.

Why did Fayose carry out the mass employment at the twilight of his administration?

The reason for employing the workers then was that there were vacancies in the public service. The list of vacancies in schools and the core civil service were duly compiled. The reasonable thing to do was to fill the vacancies and the government employed them.

Why do you think they were sacked by the current administration?

I am not surprised that Governor Kayode Fayemi’s government did that. That is what the governor is known for. During his first tenure, the first thing he did was to sack duly elected local government chairmen and councillors. Mass sacking is not a new thing to him.

But the Fayemi administration said their appointment didn’t follow due process.

They paid N1000 into the government’s account. They sat for examination. They were interviewed and those who passed were duly issued letters of appointments. After that, they were duly posted to various ministries.

The teachers among them were posted to primary and secondary schools. They have worked for about nine months. All of a sudden, they said their employment did not pass through due process.

These were people who needed jobs and passed through rigorous exercise to get the jobs. So, that claim is spurious. Fayemi refused to pay them for months. Some of them resigned from where they were working before, and now, he sacked them. How do you explain that as a supposedly elected democratic governor?

But they said the sacked workers were not captured in the biometric payment system and their names didn’t exist in the civil service nominal roll. What is your take on this?

You must first be employed and be given letter of employment; after that, you will be posted to your place of work before you can present yourself for biometric data capturing. Biometric is to enable the payment of salary into accounts.

It is the duty of government to capture their data. The government has employed them; so, data capturing is secondary. Biometric is not a condition for employment. Again, whose duty is it to put the names of the workers on the nominal roll?

The teachers had been working in schools, teaching students; they were duly accepted by the headmasters and principals in the schools they were posted to. Are they the ones to put their names on the nominal roll?

But how logical was it for a government owing workers salaries to employ 2000 workers at a time?

In October 2014 when Fayemi left government, salaries of August and September 2014 were not paid. He left office owing two months salaries and four months deductions. Are we saying that because of that, vacancies in the public service will not be filled?

They go about saying Fayose owed workers nine months but we left four months salaries unpaid. As of the time Fayose left government, the state government was already paying salary every month. The four months’ salaries left behind were the ones we could not pay during the period of recession.

The financial crisis in Ekiti was caused by the loans taken by Fayemi government during the first term to build Government House, Civic Centre and Oja Oba Market. He did not even build the market. In other climes, employments into government institutions are done on charity basis. Governments do charity employment just to take people out of the streets because it is part of the responsibilities of government.

Fayemi’s government has given the affected workers the opportunity to participate in what it described as genuine recruitment. Is this not fair?

If they are claiming that the employment did not follow due process, why can’t they regularise the employment themselves in the interest of those people? These people are Ekiti indigenes. They are the children of civil servants, teachers; they are relatives of Obas, not aliens.

Some of them might have even voted for Fayemi to become governor. See how he paid them back. These people paid N1000 to obtain forms and passed through the process. Does he want them to go through that process again? The truth of the matter is that Fayemi sees it as an opportunity to populate the system with his party members.

How do you think this action will affect Ekiti?

Fayemi is sowing seeds of vendetta. He will not be governor for life. He will also leave office. It means if I become governor tomorrow, the first thing will be to reabsorb these 2000 people and sack whoever Fayemi employs.

You can imagine people that have been going to work that were suddenly sacked. Many of them will be so depressed and frustrated. This government should avoid driving these people into depression.