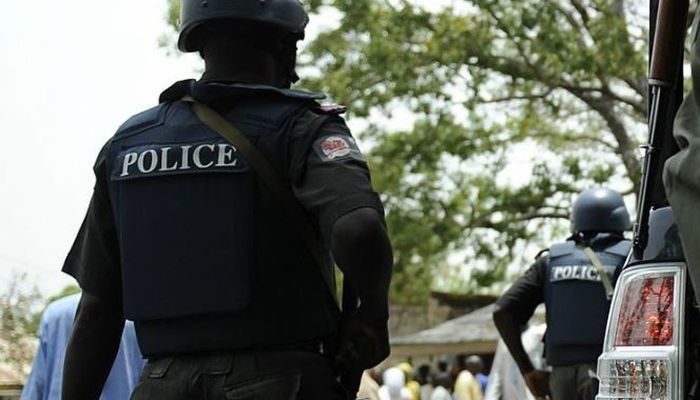 The Anambra Police Command has arrested a driver who rammed his vehicle into school children on Monday in Oba, Idemili South Local Government Area of Anambra State.

The driver, it was gathered, killed four of the children and injured 10 others.

The Oba Divisional Police Officer, Ifeanyi Abanaofor, told newsmen that the driver had been arrested.

“The injured were about 10 and they have been taken to various hospitals for medical attention.

“The driver of the ill-fated vehicle, Mr. Chibuzor Elebo, has been arrested,” the DPO stated.

A source attributed the crash to the recklessness of the driver, who was alleged to be answering a telephone call while driving an SUV, when the incident occurred.

“He lost control and veered off his lane into the other lane before ramming into the kids, killing three instantly, while the 4th one died at the hospital,” the source stated.

Another source, who claimed to be an eyewitness, told DAILY POST that the children were just dismissed from school for the day when the accident happened.

“The school children came out in their large numbers having been dismissed at about 2pm on the fateful day.

“As they were milling down the Oba/Nnewi old road, a vehicle, Infinity jeep with registration No. MYB 22 AAA, that was speeding while coming from Onitsha direction had brake failure and rammed into the pupils, killing four on the spot while about 10 of them sustained injuries.

“The corpses of the deceased were deposited at Gateway Hospital morgue, Oba.”

Speaking, the President-General of Aboji Akanano Union Oba, Dozie Nweke, described the accident as “unfortunate and a great loss to Oba people and the families of the pupils. The parents should take heart because it has happened”.

CHECK IT OUT:  Nnamdi Kanu Will Return Home For Mother’s Burial – IPOB

It was gathered that two of the deceased pupils were siblings.