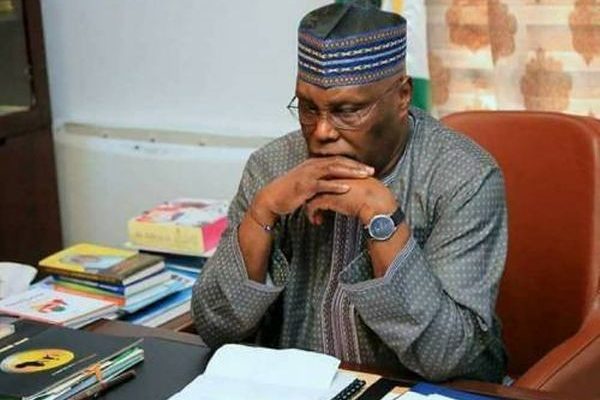 The Peoples Democratic Party, PDP, presidential candidate, Atiku Abubakar, on Thursday pointed out why he asked the President of the Court of Appeal, Zainab Bulkachuwa, to withdraw from the presidential election petition tribunal.

Abubakar and his party, PDP had requested the withdrawal of Bulkachuwa due to her link with a member of the All Progressives Congress, APC.

The former Vice President had established that Bulkachuwa, who is the head of a five-man presidential election panel, was the wife of an APC Bauchi Senator-elect.

Following Abubakar and his party, PDP, request, Bulkachuwa had withdrawn from the presidential election petition tribunal.

However, Abubakar in a statement said his “legal team’s objection was not a reflection on Justice Bulkachuwa’s character or competence.

“As a matter of fact, I have great respect for her, being a pioneer and advocate for gender equality and female empowerment.

“One of the principal maxims of the Common Law is nemo judex in causa sua (no man shall be a judge in his own case). The call by my legal team for Justice Zainab Bulkachuwa to recuse herself from the Presidential Election Petition Tribunal was predicated on this principle, being that her husband, Alhaji Mohammed Bulkachuwa, is an All Progressives Congress Senator-elect and the case she was expected to adjudicate upon had a bearing on that party.

“It is with this in mind that I commend Justice Bulkachuwa for recusing herself from the Presidential Election Petition Tribunal Panel hearing my petition against the Independent National Electoral Commission and the Presidential candidate of the All Progressives Congress, President Muhammadu Buhari.

“Her action showed courage and is an act of patriotism. She has, by this action, increased the confidence the public have for the judiciary.

CHECK IT OUT:  Davido excited as ‘Fall’ gets Gold certified in America

“Not only do I commend her, I also pray, especially in this holy month of Ramadan, that Justice will be done by the tribunal according to the fear of God and not in keeping with respect for the powers that be.

The post Presidential Tribunal: Why I Asked Justice Bulkachuwa To Step Down – Atiku appeared first on Naijaloaded | Nigeria’s Most Visited Music & Entertainment Website.