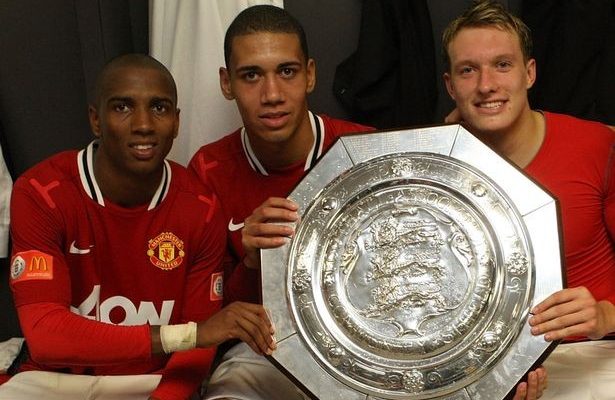 Manchester United’s dressing room is split over new contract offers to Ashley Young, Chris Smalling and Phil Jones, according to the UK Times.

Smalling signed a contract extension in December, which keeps him at the club until 2022.

Jones penned a new four-and-a-half year deal in February and Young was given a one-year contract to extend his stay at Old Trafford for another season.

However, United are refusing to meet David De Gea’s contract demands, as the goalkeeper wants parity with the club’s top earner Alexis Sanchez, who is on a £400,000-a-week which is topped up by bonuses.

Similarly, Ander Herrera failed to reach an agreement and was allowed to leave United, while Juan Mata is also out of contract this summer and has not yet agreed a new deal.

Some inside the United dressing room believe that the English players “do not merit” the deals they have been given, compared with other members of the squad.

Jones made just 24 appearances for United this season due to injury, while both Young and Smalling have been heavily criticised for their performances this term.

CHECK IT OUT:  Official: Eagles Secure The Services Of England U-21 Star