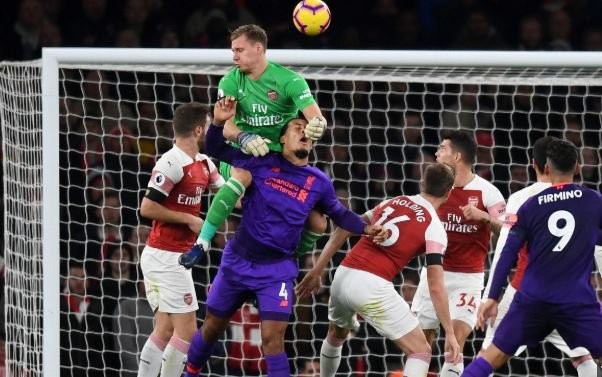 Arsenal goalkeeper, Bernd Leno, has made it clear that he wants to play in the Europa League final against Chelsea, although Petr Cech is the club’s designated Cup goalkeeper.

A lot of fans are keen to see Leno restored to the starting XI, particularly after it was reported that Cech has already agreed to return to Chelsea.

While Leno is full of admiration for Cech, he has disclosed that he wants to play in the final.

“I have great respect for Petr, and we get along very well.

“He deserves all credit, and I treat him well, but it’s clear that I’m an athlete, I want to always play, especially in a final.

“To win the Europa League would be the first big title for me. We all want to hear the [Champions League] anthem again.

“The Thursday-Sunday rhythm is also not so good because you always suffer in the league. If we lose the final, our season, which was actually good, would be disappointing,” Leno told Kicker.

CHECK IT OUT:  President Trump Reacts To His Impeachment, Reveals Plans (Watch Video)