I’m A Suffering Nigerian – Buhari Speaks On His Role In 1966 Coup - NaijaCover.Com
Skip to content 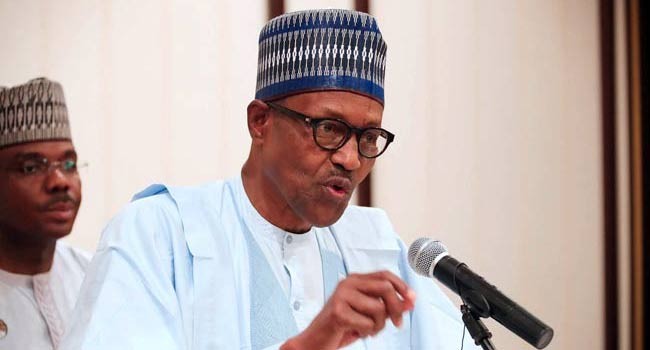 President Muhammadu Buhari has said his career in the military was hellish, especially experiences he had living through the 1966 coup, 1967 counter-coup, and later a civil war.

The President spoke during a pre-recorded interview aired by the Nigerian Television Authority (NTA) last night.

Responding to a question: ‘Who is Buhari?’ from the show anchor, the president said: “I think I went through hell throughout my career in the military. I was a lieutenant in Lagos during the first coup, January 15, 1966.

“If you bother about Nigerian history, you read about coup and counter coup, civil war, coup, counter coup. I was all in it, including in detention for three and a quarter years.

“So, I am fully qualified, you know, [to be called] as a suffering Nigerian.”

Buhari in his assessment of institutions of government rated the National Assembly and the Police low in performance.

However, the President said he expected a higher level of efficiency from military service chiefs, but refrained from blaming them for the escalating insecurity situation in the country.

The post I’m A Suffering Nigerian – Buhari Speaks On His Role In 1966 Coup appeared first on Naijaloaded | Nigeria’s Most Visited Music & Entertainment Website.

CHECK IT OUT:  QUESTION OF THE DAY!!! If 3 Babies Are Called “TRIPLETS” What Is One Baby Called?