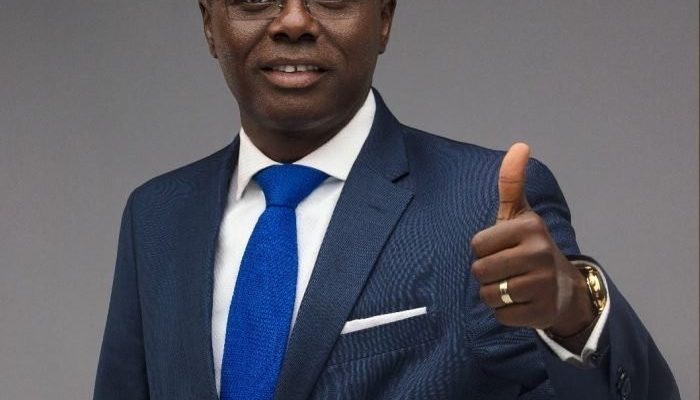 Babajide Sanwo-Olu sworn in as governor of Lagos state on Wednesdays and has released his 1st social media statement on twitter.

Sanwo-Olu who is also the 6th civilian governor of Lagos State, after taking over affairs of the state from his predecessor, Akinwunmi Ambode, took to twitter moments ago to assure Lagos residents of a better time in his tenure.

Executive Governor of Lagos state. I share this moment with all of you. The Babajide Sanwo-Olu you see today will remain true. I will not change unless it’s to a version that will serve Lagos better. Today, we awaken a greater Lagos. #SanwoOluInauguration #ForAGreaterLagos

The former governor of the state Akinwunmi Ambode yesterday handed over the affairs of the state to the new governor.

“To the Glory of God, I have just handed over the reins of government in Lagos State to His Excellency, Mr. Babajide Sanwoolu, after a rewarding 4-year experience.

This would not have been possible without the support, cooperation and prayers of all Lagosians. I remain eternally grateful to you all. God bless you all. And to God be all the Glory,” Ambode posted.

On his part, Sanwo-olu announced that Ambode has handed over to him.

“Thank you H.E @AkinwunmiAmbodefor your kind words today as you officially handed over your stewardship of our great state, Lagos. Life is a succession of moments and today we are at the right place and moment to build #ForAGreaterLagos. #SanwoOluInauguration,” he tweeted. The post See What Sanwo-olu Tweeted After He Was Sworn In As Governor Of Lagos State appeared first on Naijaloaded | Nigeria’s Most Visited Music & Entertainment Website.