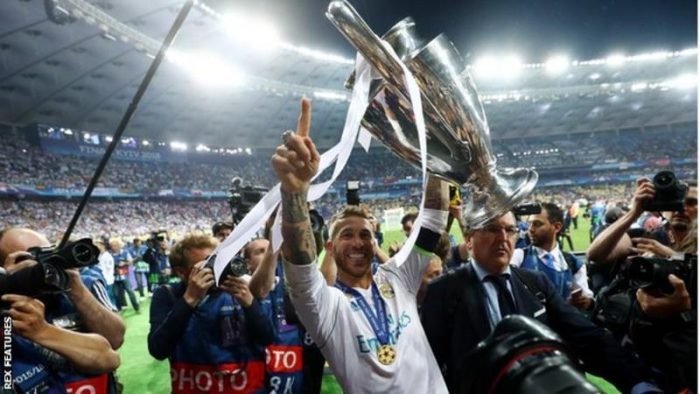 Captain Sergio Ramos says he wants to end his career at Real Madrid despite receiving an offer to play in China.

Real president Florentino Perez said on Wednesday that Spain defender Ramos had asked to leave on a free transfer and move to the Chinese Super League.

“It is true that I have an offer from China on the table, I will not lie about it,” said 33-year-old Ramos, who has been at Real since 2005 and whose current contract expires in 2021.

“My dream is to retire here.”

Perez said Ramos and his agent told him they had received a “very good offer” from an unnamed club but that they could not pay a fee.

“I told Ramos that it was impossible for Real Madrid to let their captain go for free,” said Perez.

“My moment still hasn’t arrived. When I leave Real Madrid, it will be when I feel my body can no longer perform at the top level.

“I have been captain for many years and I like it here. Yesterday I went to see the president to make everything clear.”