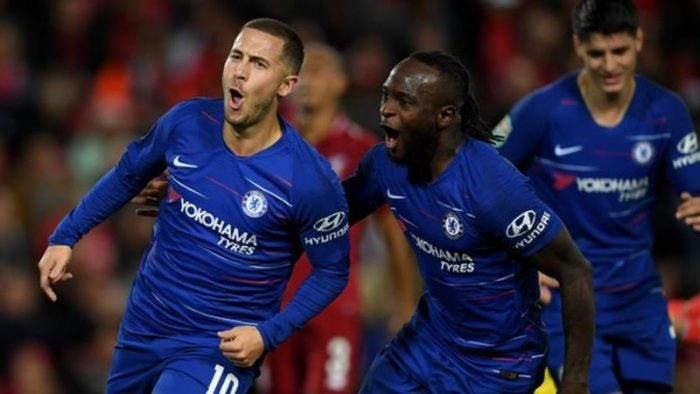 Chelsea captain Cesar Azpilicueta admitted Eden Hazard will “be a big loss” as the Europa League winners prepare to say farewell to their two-goal Baku hero.

Star attacker Hazard revealed the 4-1 victory over Arsenal on Wednesday is almost certain to mean “goodbye” with an expected switch to Real Madrid seemingly moving closer.

Olivier Giroud and winger Pedro also got on the scoresheet to help make the Belgium international’s potential goodbye appearance a memorable occasion.

Hazard, 28, joined Chelsea from Lille in 2012 and ranks as one of the London club’s greats, having won two Premier League titles and enjoyed success in the FA Cup and Europe.

“It’s a big loss for us, as a player and as a person,” Azpilicueta told beIN Sports .

“We came here together seven years ago, we have won six trophies, it’s been amazing on and off the pitch for me.

“I can only wish him the best because he’s a very good friend of mine.

“The desire he’s shown on the pitch for the club, his behaviour as the star man, I think everybody in the club loves him.

“He’s not selfish – a lot of times I heard rumours about him leaving. In other situations maybe other players could push but he didn’t do it.

“I can only say all the best and we’re going to miss him.”

CHECK IT OUT:  BBNaija’s Vee reacts after getting bashed for not securing any endorsement deal