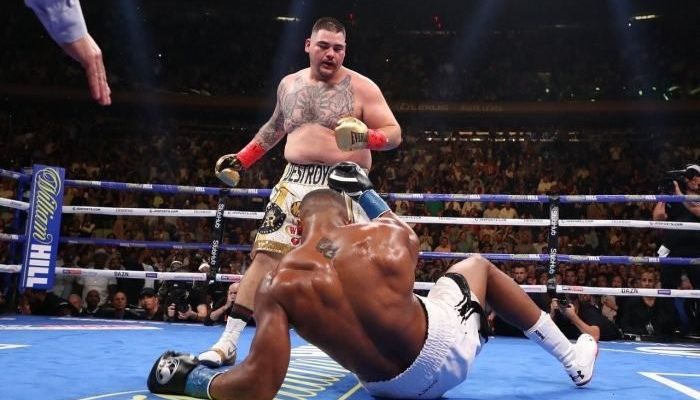 Nigerian celebrities have all taken to social media to react to Anthony Joshua’s defeat by Mexican underdog, Andy Ruiz in a fight which took place at Madison Square in New York.

Recall we reported that the Mexican knocked out Anthony Joshua in the 7th round, to inflict his first defeat and win the IBF, WBA and WBO titles. When he was knocked down in the third round, he appeared on the verge of losing as routinely as Joshua’s previous 22 opponents, but he immediately responded with two knockdowns that left Joshua fortunate to survive.

On the occasion of the defending champion’s US debut, at New York’s revered Madison Square Garden, he was dethroned as the world’s leading heavyweight by a significant underdog who took advantage of becoming a late-notice opponent to secure a life-changing win.

Here are the posts below;