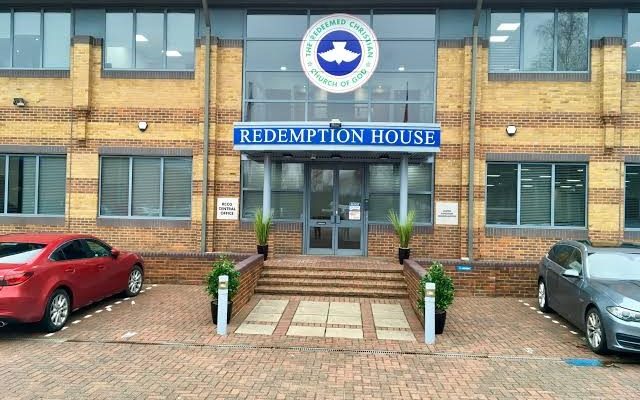 Every village in the United Kingdom used to have a pub, a church, and a general store. Today, pubs (short for “public houses”) have become iconic, a popular destination for visitors to try drinks, traditional pub meals, and the cultural ambiance.

But these local landmarks are closing quickly; only 39,000 are left in England, down a quarter from 20 or so years ago. There are now more church buildings than pubs, according to recent figures announced last month by the National Churches Trust.

But the number of churches overall is falling too, just not as fast.

The share of Christians in the UK is declining, as in America and other parts of the Western world. Total secularization isn’t inevitably around the corner for at least two reasons.

First, surveys show that many who say they have “no religion” still believe in God, pray, say they have a soul, or even read the Bible. Second, there is actually substantial growth among certain types of churches in the UK, all in the context of God’s promise to build his church.

The three biggest UK denominations—Anglicans, Roman Catholics, and Presbyterians—are all declining quite quickly. Overall, their numbers have gone down 16 percent in just the last five years, Presbyterians the fastest (down 19%). Two other major groups are also declining, Baptists and Methodists, but they are much smaller in size.

The three major denominations form 60 percent of church members, and the smaller two another 16 percent. The remaining members often belong to the types of churches that are seeing the most growth right now—many of which have a Pentecostal bent, ranging from immigrant-founded denominations to Hillsong campuses.

CHECK IT OUT:  “I just pray I survive this” -Funke Akindele reacts to her arrest

Their increase, although significant, is unfortunately not enough to compensate for the drop among the bigger churches, but has moderated the overall decline. I’ll share below which kinds of churches are growing the fastest amid demographic shifts in the UK.

The number of churches increased by two a week, from 4,100 to 4,800. During this time, the city welcomed immigrants both from Europe and the rest of the world, its population growing from 7 million to 8 million in 10 years.

Many of those newcomers were Christians and sought a church that spoke their language. More than 50 different languages are spoken in London’s churches; 14 percent of all the services held in the city are not in English.

The trend has since spread into other major urban areas, where churches draw in fellow believers who share the same language, outlook, culture, and so on.

This is effectively the principle first enunciated by Donald McGavran, the church growth guru, who said, “People like to stay with their own people,” the so-called homogeneous unit principle.

Many of these churches conducting worship in other languages are Roman Catholic.

Others are “black” churches, also called Black Majority Churches (BMCs). They too are immigrants but have been in the UK for much longer, often now in their third or fourth generation.

They first came as part of the Windrush generation, named for the ship that berthed in 1948 with many from the West Indies (the Caribbean). Rejected initially by the native white churches, they formed their own groups, like the New Testament Church of God, Elim Pentecostal Church, Apostolic Church, Assemblies of God, and others.

CHECK IT OUT:  “I Am Now A Better Version Of Myself” – Tacha Assures (Video)

They have been joined in the last 25 years or so by others coming from West Africa, the “reverse mission” churches, like the Redeemed Christian Church of God (RCCG), Potters House Christian Fellowship, Mountain of Fire Ministries, Church of Pentecost, and others. Many of these are starting new churches.

Founded in Lagos, Nigeria, the RCCG, for example, has started over 800 churches in the UK since 1993, led by a man with clear vision and effective strategy, Pastor Agu Irukwu.

His 4,000- strong Church of All Nations in Brent, West London, adopted the mantra “a church within 10 minutes walking distance.” That comes straight out of the Nigerian bush country where no one goes to church by car or taxi.

It is effectively the “parish” system used by the three largest denominations, but the RCCG pursue it energetically: “You live near us, come and join us, you’ll enjoy it, we are warm and lively, and you haven’t far to go.”

Many respond; the RCCG is now the largest Pentecostal denomination in the UK.