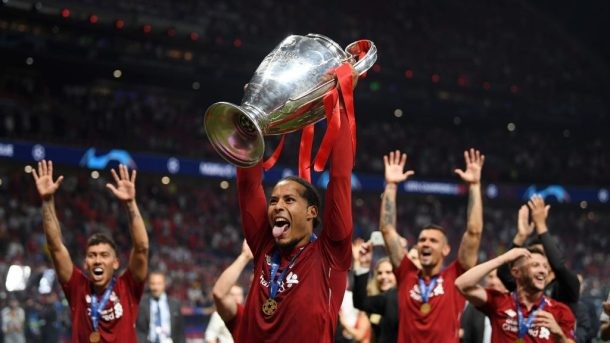 Van Dijk believes the Argentine captain should win the 2019 Ballon d’ Or because he is the ‘best player’ in the world.

The defender stated this after Liverpool defeated Tottenham Hotspur 2-0 in the Champions League final on Saturday night.

Goals from Mohamed Salah and Divock Origi ensured Jurgen Klopp’s side won the Champions League ahead of Tottenham.

“I think Messi is the best player in the world. He should win the Ballon d’Or,” Van Dijk was quoted by Goal as telling reporters in Madrid after Liverpool’s win over Tottenham.

“So I’m not thinking of that. But if I win, I’ll take it. Messi should win it though. He is the best in the world, whether he’s in the final or not.”