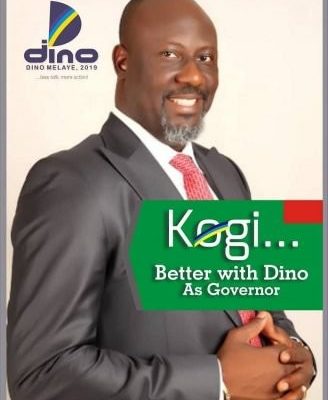 Senator Dino Melaye has unveiled his poster for the Kogi State governorship race.

Melaye, reportedly made the declaration to run for the post of the office of the governor in Kogi on Saturday during a meeting of Kogi West PDP executives held yesterday at his country home in Aiyetoro Gbede, Ijumu local government area of the state, Premium Times reports.

His media aide, Gideon Ayodele, told Daily Trust on Sunday that his boss made the declaration during the meeting which held at the residence of Gen. David Jemibewon (rtd), an ex-Service Chief.

Meanwhile, Dino Melaye took to his Twitter handle to express his willingness to run for the top job in the state.

Sharing a photograph of himself speaking at a meeting which was accompanied by a cryptic message, Dino wrote: “Kogites, here am I. Send me.”

With this declaration, Melaye has joined the hordes of PDP governorship aspirants jostling to wrestle power from governor Yahaya Bello.

CHECK IT OUT:  Pogba Gives Strong Condition To Continue Playing For Manchester United