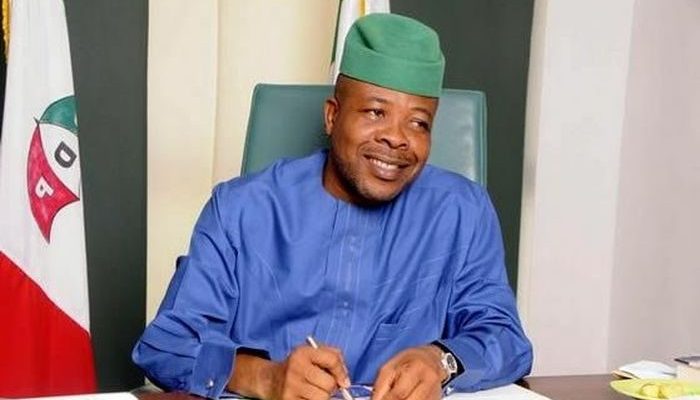 The governor of Imo State, Ihedioha has declared that he will involve security agencies in probing past leaders.

Governor of Imo State, Emeka Ihedioha, on Tuesday said that said he would employ the services of security agencies in making sure that the financial dealings of the state in the last eight years were accounted for, Punch Metro reports.

The governor who spoke while declaring open the ongoing retreat for the state lawmakers-elect in the Oguta Local Government Area of the state stated that those who looted the state “must be criminalised.”

“I will have to involve the services of security agencies in making sure that those who served the state must account for it. I will criminalise those who loot our treasury. Nothing was handed over to me. We must make them accountable.”

Speaking to the lawmakers-elect, Ihedioha said:-

“The opportunities that your legislative position offers may also appear daunting as it is exciting and as challenging as it is empowering.

I say this, because you will be assuming your position as Members of this Legislative Assembly at a very critical time when the State is at the crossroads of seeking recovery from an era of arbitrariness to the new direction that we are set to go, of order, due process and respect for the Rule of Law.”

CHECK IT OUT:  Tinubu, Gowon, Others Arrive At Eagle Square For Buhari’s Inauguration (Photos)