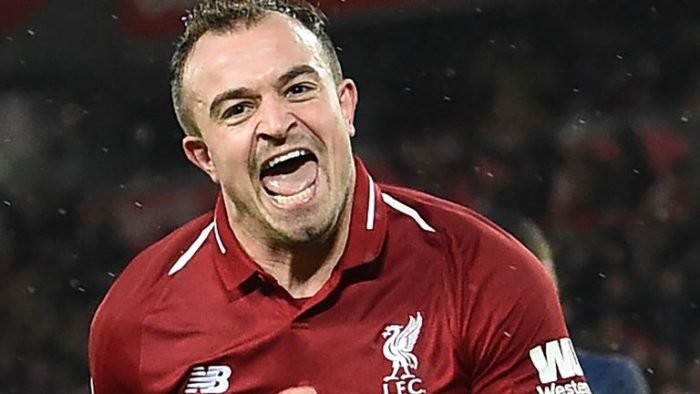 Xherdan Shaqiri has dismissed speculation linking him with a summer move away from Liverpool by declaring his desire to remain with the newly-crowned European champions.

The Switzerland international has seen his first-team opportunities restricted since arriving from Stoke for £13m last summer – but featured in the Reds’ 4-0 Champions League semi-final victory over Barcelona.

Shaqiri was an unused substitute in the 2-0 final victory over Tottenham in Madrid on Saturday and, despite reports linking him with move away, the 27-year-old says he remains fully committed to Liverpool.

“The manager has many good options and has to decide who can play. I knew before my transfer that the competition here is very tough.

“I have a long-term contract and I definitely will stay.”

CHECK IT OUT:  Daddy Freeze Slams Waconzy For Calling Him A Demon