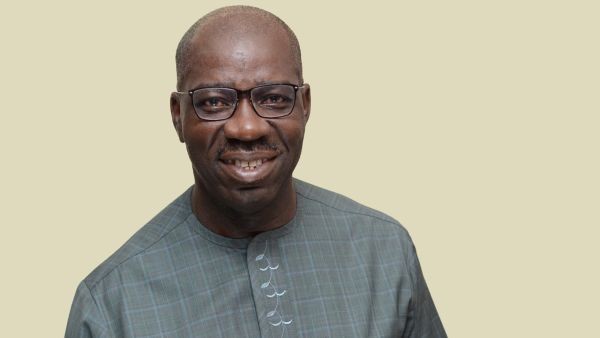 Edo State Governor, Godwin Obaseki, has said that the time for sharing public funds to a few greedy politicians was over in the state.

The governor said this on Tuesday when he received Muslim faithful, who were in Government House to celebrate the end of the Ramadan fast.

He noted that he would not be distracted from fulfilling his promises to the people no matter the antics of detractors.

According to him, “Only God gives power. What is going on in Edo State is the handiwork of detractors who want to frustrate the administration so we can fail in delivering the dividends of democracy to the people. But that will never happen.

“As a governor, I will continue to do my best and spend the state’s resources to ensure Edo people get the best.

“The (governorship) election is still a year ahead. What is playing out is a plan by very few greedy people who are concerned about themselves.

He said he will continue to support the Muslim community, noting that this was the first time he would be receiving Muslims at the Government House during a celebration like Sallah after the resolution of the crises at the Benin Central Mosque.

The Chief Imam of Benin Central Mosque, Alhaji Abdulfatai Enabulele, expressed appreciation to the Governor for receiving the Muslim community, thanking him for his support.

“We know leadership entails a lot of responsibility as we have witnessed your developmental strides in the state.

“We will continue to support and pray for your success. You have done a lot in delivering the dividends of democracy to the people of Edo State.

“Your administration has provided pragmatic, dynamic policies and programmes that have touched the lives of the people of Edo State,” he added.