I’ll Protect Abuja Residents Despite Voting Against Me —Buhari - NaijaCover.Com
Skip to content 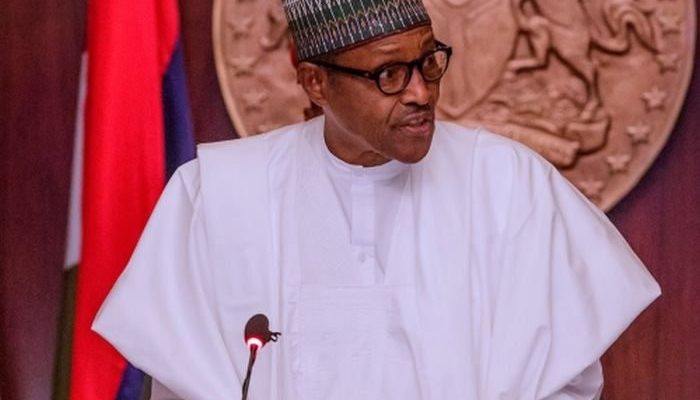 President Muhammadu Buhari, yesterday, pleaded with political leaders and his supporters to stop complaining about his government to avoid making it unpopular, and jokingly described residents of the Federal Capital Territory, FCT, as necessary evil for voting Peoples Democratic Party, PDP, in the last election.

He, however, assured the FCT residents that his administration would do everything possible to protect them, despite the fact that they voted against him.

Buhari Speaking while receiving residents of the FCT that paid him Sallah homage at the Presidential Villa, Abuja, Buhari said he would continue to protect the seat of power because any negative thing that happens to the place would also affect him and the entire residents.

“I want to appreciate the number two man of the country (Prof. Yemi Osinbajo) because he knows what we are going through very quietly. I am very pleased that you came with this very powerful constituency.

“I appeal to you to remain exemplary so that those under you will know that the country is doing very well. If you break down and complain, the impact will reverberate all over and then, government will not be popular and whatever efforts we are making will not be appreciated.

“I have just spoken to the senator on my left (Philip Aduda) and I told him that his constituency did not vote for me. So I was very pleased that when they made the arrangement they put him very far away from me. I have all the results of all constituencies.

“I am not threatening FCT because to make FCT secure is to make myself secure and the vice president. I think they are are necessary evil that was why they decided to vote for PDP.”

“First, let me congratulate you on this very solemn occasion that marks the end of Ramadan.

“I want to say that God Almighty has been extremely good to you and to our government. I recall about two years ago when I had to host this particular event because you were away on medical leave at the time.

“Our country as it is today, is at a threshold of greatness, you have said so many times. Any situation where something great and something important is about to happen, usually you will have very many negative opposing voices that want to keep that thing from happening.

“I believe that our country is at a threshold of the breakthrough that we have been praying for and hoping for all these years. And this is why many challenges are going on. Challenges around security, religion, people who are stoking up embers of religious and ethnic divisions and all that.”