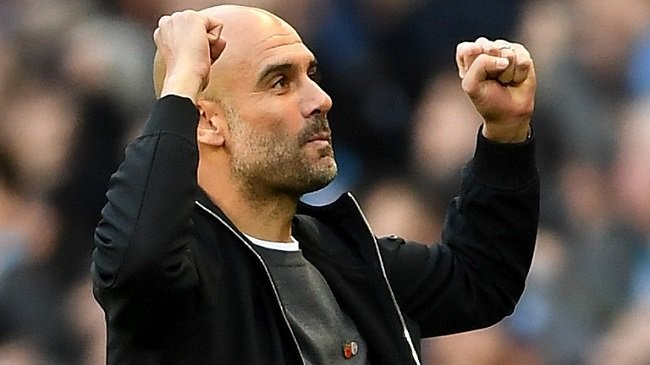 Pep Guardiola believed his Manchester City were out of the title race after they lost 2-1 to Newcastle at St. James’s Park in January.

City threw away a one-goal lead against the Magpies to lose just weeks after cutting the gap on leaders Liverpool to four points.

That gave the Reds the chance to open up another sizeable lead at the top by beating Leicester the following night, but Jurgen Klopp’s team dropped points in a 1-1 draw to let City back in.

And Guardiola says his players feared that their chances of retaining the title they won in 2018 were gone when they left the St. James’s Park pitch.

“Right after the game in the locker room [we thought it was over],” he told City’s TV channel. “We know the next day Liverpool play [against Leicester]. The fact they didn’t win meant we were still there. Still we were alive.

“The fact that we played most of our games after Liverpool, and the fact we knew we couldn’t drop points. Sometimes it’s easy to prepare the mental approach of the players.

“Everyone was convinced that the only chance we had to win to was to win every single game. Everybody knew it. Win, or we are out. And that sometimes helps. You know what you have to do. It helps.”

CHECK IT OUT:  Just In!! Motorcyclist Shot Dead While On Motion In Ibadan (Photo/Video)