Mikel Obi Now Has The Third Highest Number Of Appearances For Nigeria - NaijaCover.Com
Skip to content 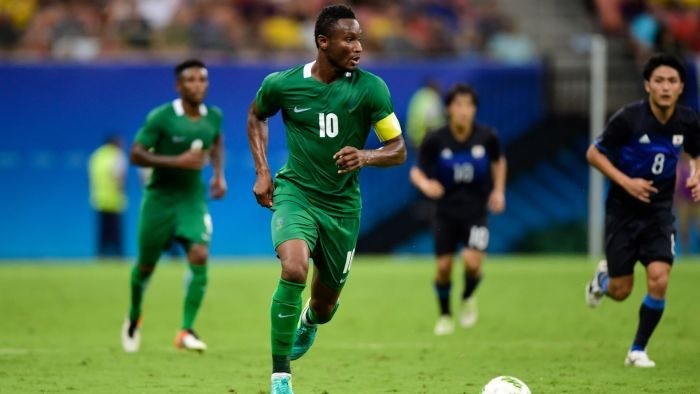 Although the Super Eagles didn’t score a single goal in their Saturday friendly against Zimbabwe, one player came away with a new feather added to his cap.

Mikel Obi recorded his 87th international appearance, making him the player with the third most appearances for Nigeria.

According to a list shared by a Super Eagles fan account, Obi has now surpassed Kanu Nwankwo, who had 86 appearances to his name before retirement.

The two players who are well above the 32-year-old on the list are Joseph Yobo and Vincent Enyeama (with 101 appearances each).

You will recall that Obi missed up to seven matches after he went on an international break following the end of Nigeria’s World Cup campaign.

If he had taken part in those games, the captain would’ve been a lot closer to the top.

Regardless, the Super Eagles are making their way to the 2019 Africa Cup of Nations in Egypt, and if the team should do as well as we’re hoping, he should be looking at making up with a few more appearances at the tournament.

See the top ten players below:- CHECK IT OUT:  Betting Tips: Leicester To Stun Man Utd Plus Other Selected Games