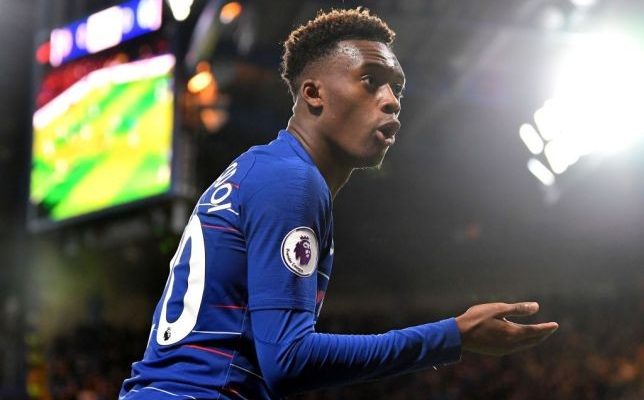 Chelsea forward, Callum Hudson-Odoi, has said that he will sign his new contract with the club on the condition that the Blues will give him assurances of playing time next season.

The Sun reports that the 18-year-old only cares about playing for more time at the club.

The report claimed that the England youngster wants a guarantee that he will be part of the first-team squad next season before signing a new deal with the West London club.

DAILY POST had reported last December that Hudson-Odoi refused to sign a new five-year deal with the club.

The player is currently sidelined with an Achilles injury that has ruined Bayern Munich’s hopes of signing him this summer.

He was offered the vacant no. 10 shirt vacated by forward, Eden Hazard, after the Belgian joined Real Madrid some days ago.

CHECK IT OUT:  Buhari Told To Suspend His Minister, Festus Keyamo Immediately