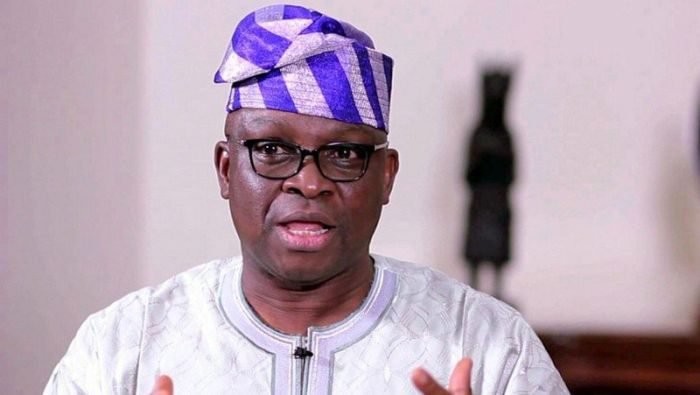 Abiola was the presumed winner of the June 12, 1993, presidential election which was annulled by then-military Head of State, General Ibrahim Babangida.

After he refused to give up his mandate, he was imprisoned in 1994 and died in custody under suspicious circumstances on July 7, 1998.

Nigeria returned to a democratic system of government in 1999, with Olusegun Obasanjo elected as president. Many believed he was the choice of the president as a consolation to the southwest region for Abiola’s stolen mandate, but Obasanjo never officially recognized the significance of June 12 and Abiola’s sacrifice, instead choosing May 29 as Nigeria’s Democracy Day.

Last year, President Buhari announced that June 12 would replace May 29 as Nigeria’s Democracy Day as it’s a more symbolic day for the nation’s transition from military rule back to democracy.

Buhari also conferred a posthumous award of Grand Commander of the Order of the Federal Republic (GCFR) on Abiola and apologized to his family, on behalf of the Federal Government, for his death in the struggle to hold on to his mandate.

Fayose took to his Twitter account (@GovAyoFayose) on Thursday, June 13, to praise Buhari for his gesture, and pour scorn on Obasanjo for missing the opportunity when he was president between 1999 and 2007.

“Honouring MKO Abiola by Buhari is to Obasanjo’s shame. It remains a sore-point of his political history that because of ego, Obasanjo, who’s the greatest beneficiary of the June 12, 1993 struggle failed to honour his kinsman, MKO Abiola. So, I commend President Buhari.”

Fayose is an outspoken critic of the Buhari administration and has attacked him several times for what he described as his authoritarian style of leadership.

CHECK IT OUT:  105 Drug Dealers Arrested In Bayelsa In 6 Months – NDLEA Reveals