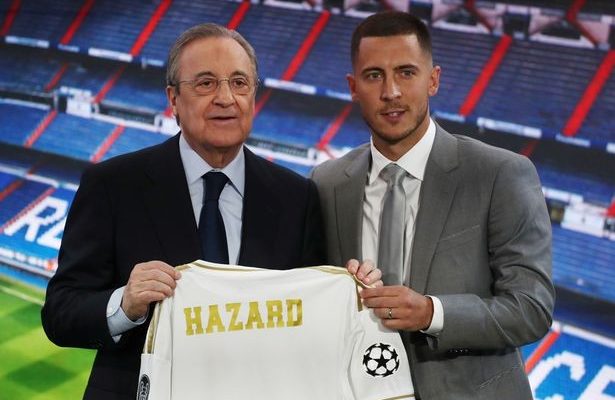 Eden Hazard has promised Real Madrid fans, that he is at the club to deliver trophies

He spoke during his official presentation on Thursday evening.

About 55,000 Real supporters flocked to the Bernabeu, to welcome Hazard following his £130m move from Chelsea.

The Belgian completed his medical earlier in the day, before being presented as a Real Madrid player alongside president Florentino Perez.

The Belgian’s address to the supporters was brief but he brought a cheer by stating “Hola a todos” – which translates as “Hi everyone”.

“I want to thank the president and my family.

“I’m looking forward to playing in this shirt, defending this club and winning trophies.

“It was always my dream as kid.”

CHECK IT OUT:  Meghan Markle opens up about Suffering a Heartbreaking Miscarriage & the ‘Unbearable Grief’ with Harry