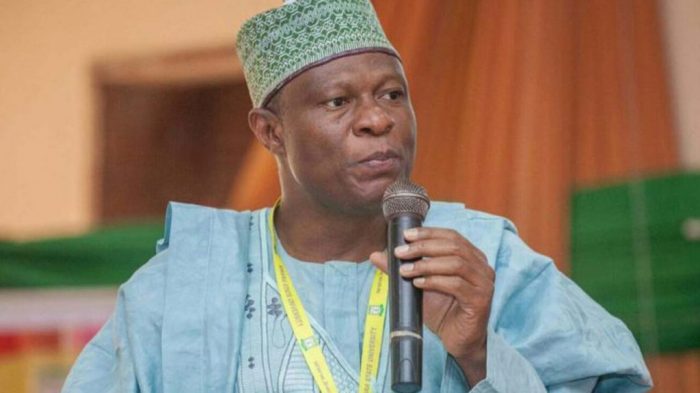 Professor Abdulrasheed Na’Allah has been appointed as Vice Chancellor of the University of Abuja (UNIABUJA).

Chairman of the Governing Council of the University, Alhaji Sani Maikudi, presented a letter of appointment to Na’Allah on Friday.

The don is the outgoing Vice Chancellor, Kwara State University (KWASU) where his tenure ends in July.

In 1999, he received his PhD in Comparative Literature from the University of Alberta, Edmonton, Canada.

He subsequently became professor and chair of African Studies at the Western Illinois University before he became KWASU VC.

Na’Allah, who has authored an co-authored numerous books, is a recipient of national and international awards.

CHECK IT OUT:  FAAN Bans Uber, Bolt And Others From Lagos Airport, Places Heavy Fine