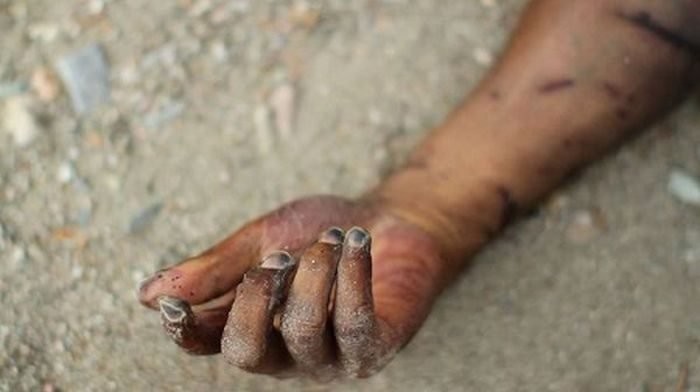 Police said the victims’ family was embroiled in a land dispute with one of the accused, who used black magic allegations as a cover-up to commit the crime.

An Indian mother and daughter were hacked to death by three men over allegations of witchcraft in the country’s remote tribal-dominated east, police said Saturday.

The 50-year-old woman and her young daughter were beaten by their neighbours before being attacked with knives on Wednesday night in West Singhbhum district in Jharkhand state.

Police said the victims’ family was embroiled in a land dispute with one of the accused, who used black magic allegations as a cover-up to commit the crime.

“One of the accused told the villagers that the women were witches and responsible for deaths and diseases in the village. They attacked the women in the night and killed them brutally,” district police chief Indrajit Mahatha told AFP.

The woman’s husband filed a complaint against the accused who are on the run, he said.

More than 2,000 people — many of them women — were killed in India on suspicion of witchcraft between 2000 and 2012, according to the National Crime Records Bureau.

Some states, including Jharkhand, have introduced special laws to try to curb crimes against people accused of witchcraft and superstition.

Experts say belief in witchcraft and the occult remains widespread in impoverished rural communities across India. There are also occasional reports of human sacrifices.

Earlier this month police in northeastern Assam state said they suspected a case of human sacrifice after finding the headless body of a woman near a Hindu temple.

CHECK IT OUT:  I Didn’t Go For New Yam Festival In Germany – Ekweremadu