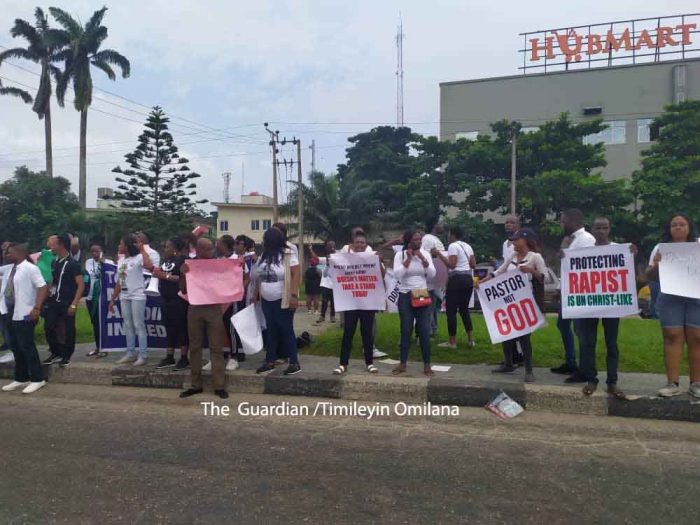 But the presence of the armed policemen deterred the marchers from moving close to the church.

The protest was called against the global senior pastor of COZA, Pastor Biodun Fatoyinbo who was alleged to have raped Busola Dakolo, a celebrity photographer and wife of Nigerian singer Timi Dakolo, when she was a teenager.

The pastor denied any wrongdoing, claiming that he never raped anyone.

But a right activist Segun Awosanya told The Guardian that there were more than 30 alleged victims who will testify against the pastor.

CHECK IT OUT:  Killings In Northern Nigeria Have Nothing To Do With Religion – Arewa