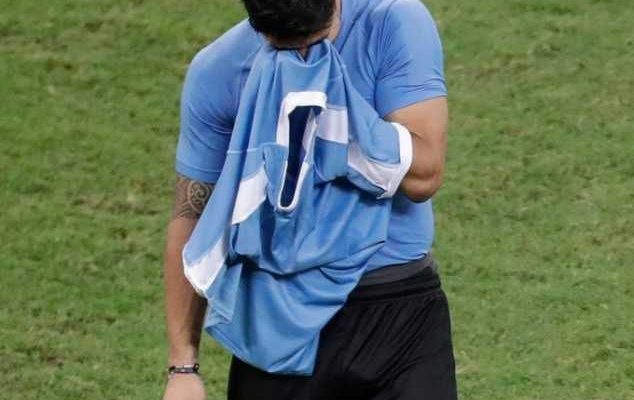 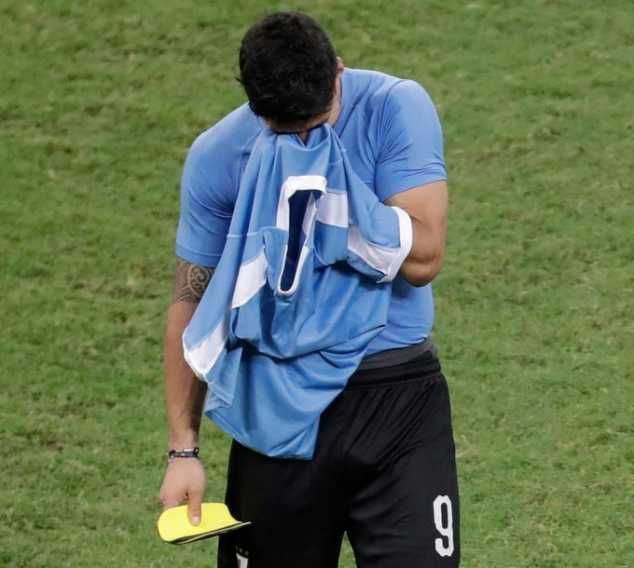 Luis Suarez was left in tears after he missed a penalty in Uruguay’s 5-4 shootout defeat to Peru in the Copa America quarter-final on Saturday, MySportDab reports.

Luis Suarez missed the crucial penalty as Uruguay were knocked out of the Copa America at the quarter-final stage with a shoot-out defeat by Peru on Saturday.

Uruguay had already been left frustrated by three goals ruled out during normal time, before the match at the Itaipava Arena Fonte Nova in Salvador went straight to extra time at the end of a goalless 90 minutes. 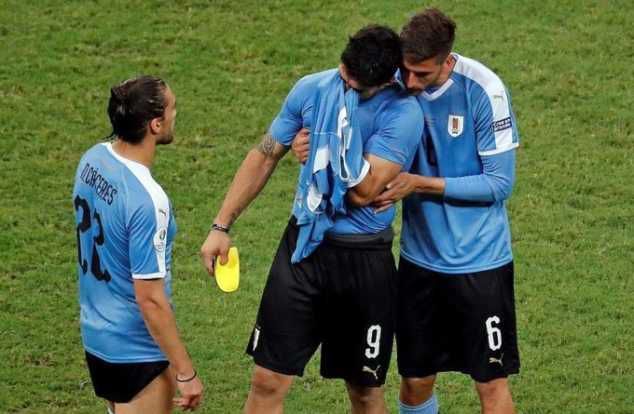 Suarez missed Uruguay’s first penalty but every other player converted their spot-kicks and Edison Flores sealed Peru’s place in the last four by blasting past Fernando Muslera. 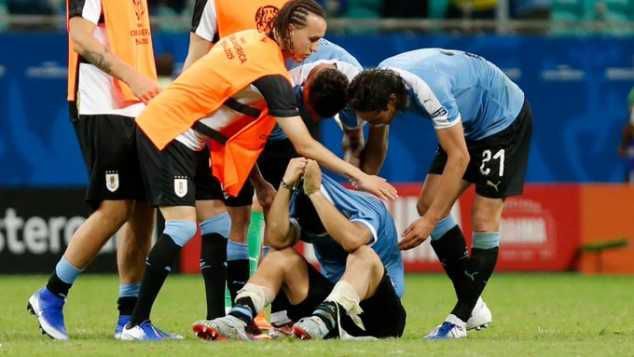 CHECK IT OUT:  OMG!! Nigerian Man Commits Suicide After Wife Refused To Have Sex With Him (Photos)