Zlatan’s “Gbeku” Dance vs Naira Marley’s “Soapy” Dance – Which Of The Dances Will You Like To Learn? - NaijaCover.Com
Skip to content 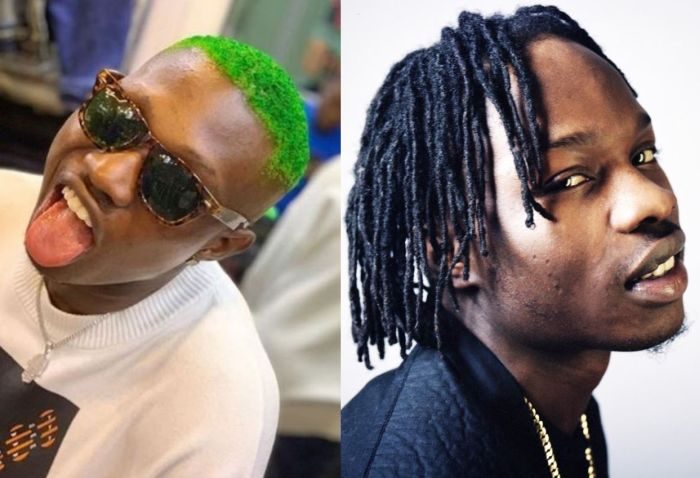 The two most talked about artists, Zlatan and Naira Marley has taken upon themselves the creation of a new dance step called “Gbeku” and “Soapy” respectively.

After basking in the joy and fame his Zanku dance brought to him and his career, Zlatan sees the need to orchestrate a new dance step, so as not to go off the radar anytime soon.

The rapper believes being a dance curator has a lot of inherent benefits and as such he already dropped a tutorial to his new dance Gbeku.

Watch the Gbeku Dance below:-

Although the song was said to be promoting a menace acts not because of his lyrical formation, but from the Dance step, Naira Marley brought alongside the song.

Despite all negative comments about the dance step, the Marlians are already dancing it so bad and it has been circulated all over social media.

See The Soapy Dance Step Below:-

Now there you have both dances, and now we have to learn one just to be in vogue with the entertainment world! You don’t want to the Last Ase!

Between “Gbeku” Dance And “Soapy” Dance – Which Of The Dances Will You Like To Learn?

Let’s hear from you..

The post Zlatan’s “Gbeku” Dance vs Naira Marley’s “Soapy” Dance – Which Of The Dances Will You Like To Learn? appeared first on Naijaloaded | Nigeria’s Most Visited Music & Entertainment Website.

CHECK IT OUT:  2023 Presidency: Any Northern Candidate That Contest Will Lose – Chekwas Okorie