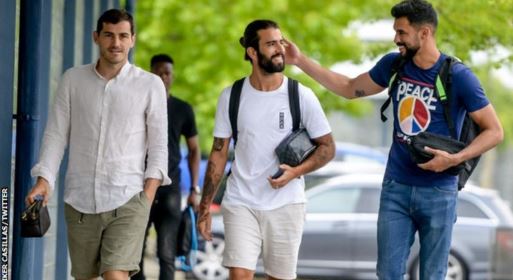 The former Real Madrid captain, 38, suffered “an acute myocardial infarction” during training in May.

Casillas posted a tweet with a picture of him arriving at Porto’s training ground with the caption: “Back to work. Day one.”

The Spain legend made 31 league appearances last season as Porto finished second in the league.

Casillas spent five days in hospital after having the heart attack before he was discharged and said at the time he did “not know what the future will be”.

CHECK IT OUT:  OMG!! Two Secondary Students Drown In Ekiti River After Sneaking Out of Class