ONE LOVE!!! Davido & Wizkid Show Love To Each Other At Festival In Amsterdam (Watch Video) - NaijaCover.Com
Skip to content 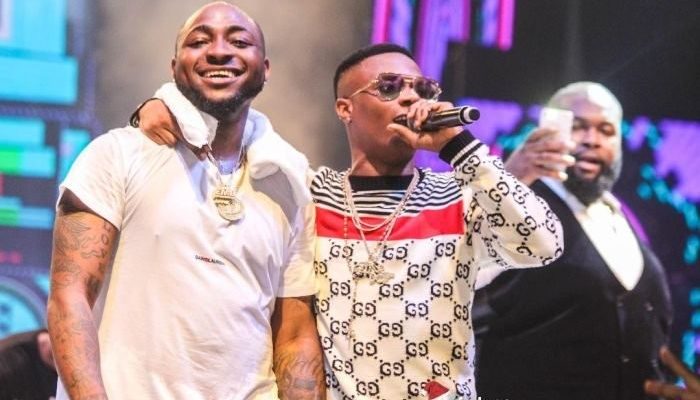 Davido and Wizkid performed at a festival in Amsterdam over the weekend and it was all a show of love between the two music superstars as Wizkid went over to support him, singing his songs word for word.

Also, prior to the day of Davido’s performance, Wizkid launched another clothing line in conjunction with Daily Paper in Amsterdam and Davido was there to show support.

This reciprocative action by the two music Wizards to each other have suggested there is love present between them as against what is being reported by the media there all love is lost between them.

However, fans shouldn’t get carried away as it isn’t the first time both artists would be having a short-lived reconciliation.

The post ONE LOVE!!! Davido & Wizkid Show Love To Each Other At Festival In Amsterdam (Watch Video) appeared first on Naijaloaded | Nigeria’s Most Visited Music & Entertainment Website.

CHECK IT OUT:  “You Must Marry Me” – 30-Year-Old Lady Tells Married Man In Lagos