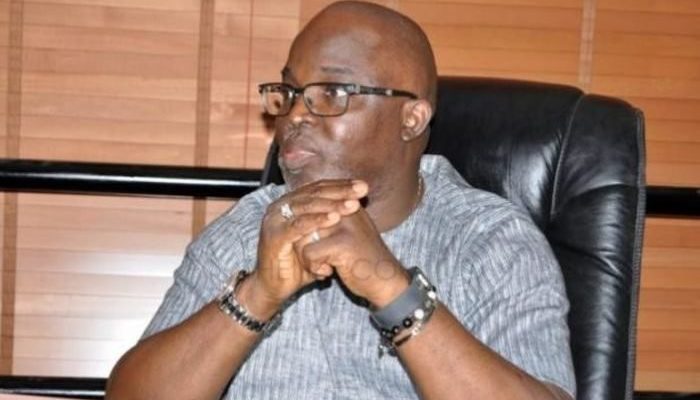 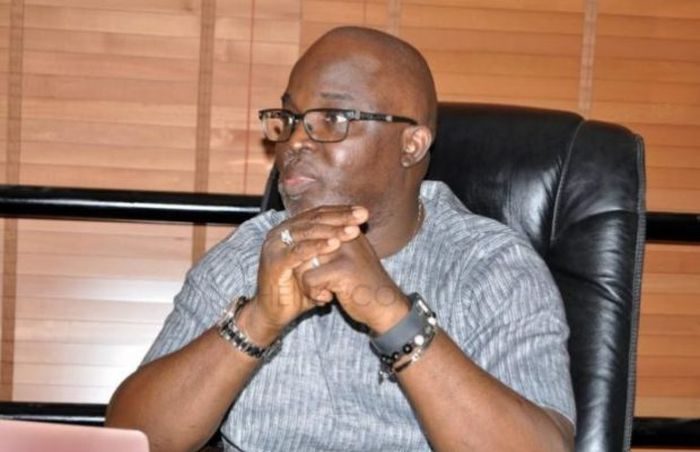 The Nigeria Football Federation (NFF) has denied that there is an order to arrest its president, Amaju Pinnick.

Pinnick has been accused of misappropriating $8.4million belonging to the federation.

Ijeoma Ojukwu, the presiding judge at a Federal High Court sitting in Abuja, had ordered the arrest on Monday when Pinnick and other officials being tired were absent.

But in a statement issued by its communications department, the NFF said the warrant was no longer in effect, as counsel to the accused informed the court that his clients were on national assignment in Egypt, and the case was subsequently adjourned till September 26.

“A Federal High Court sitting in Abuja on Monday adjourned till 26th September 2019, a case brought against some top officials of the Nigeria Football Federation by the Special Presidential Investigation Panel (SPIP).

“The NFF officials have continued to deny any wrong-doing and have insisted the case brought by SPIP is baseless, mere persecution and an abuse of court process, as the Federation has a pending matter in the same court challenging SPIP’s jurisdiction.

“The NFF has also clarified that there is no bench warrant issued against NFF President, Mr. Amaju Melvin Pinnick as being wrongly peddled in a section of the media.

“At the resumed hearing of the case on Monday, lawyer to the NFF officials, namely Mr. Amaju Melvin Pinnick (NFF President); Barrister Seyi Akinwunmi (1stVice President); Mallam Shehu Dikko (2nd Vice President); Alh. Ahmed Yusuf Fresh (Chairman of Technical and Development Committee) and; Dr. Mohammed Sanusi (General Secretary), informed the court that his clients were on national assignment in the Arab Republic of Egypt, where Nigeria’s Super Eagles is one of the 24 nations participating in the ongoing 32nd Africa Cup of Nations finals.

“While exempting Mr. Pinnick (who is also CAF 1st Vice President and President of the AFCON organizing committee), Justice Ijeoma Ojukwu instructed the NFF counsel to produce evidence of the other persons, namely Barr. Akinwunmi, Mallam Dikko, Alh. Fresh and Dr. Sanusi being presently in Egypt. She issued a conditional bench warrant in this regard, which is no longer in effect as the NFF lawyers (led by Barrister Sani Katu) have complied by taking steps on Monday afternoon to show evidence that the officials are indeed in Egypt,” the statement read.

NFF said its officials have since petitioned the office of the Attorney-General of the Federation (AGF) for an independent review.

It added that their legal team will also review the entire ruling, to determine if there is a need to appeal “on the face of the fact that the court has delved into substantive matter without resolving the NFF objection on SPIP jurisdiction pending since January 2019.”