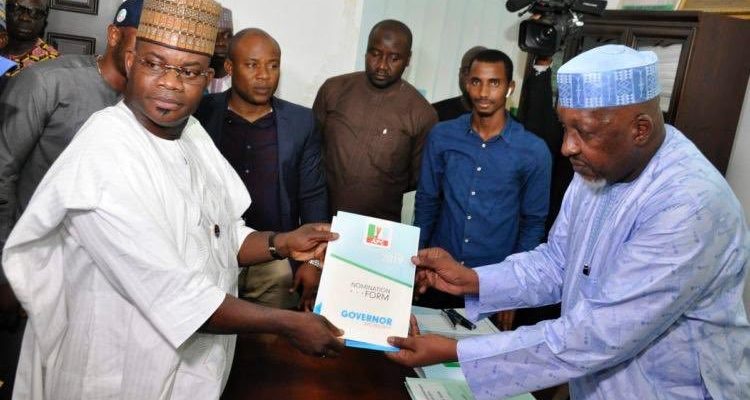 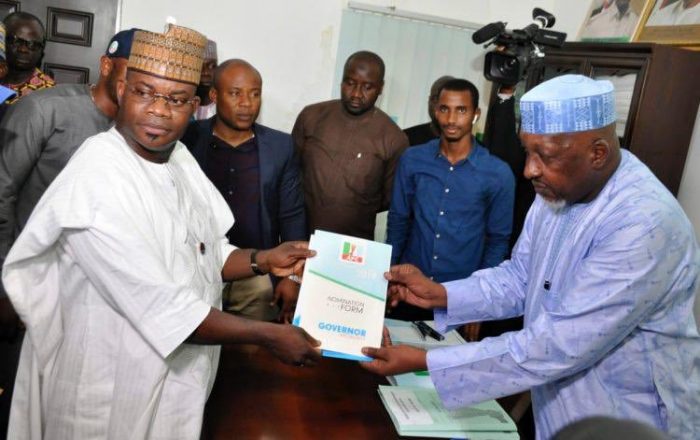 Kogi State Governor, Yahaya Bello, has picked his nomination and expression of interest form ahead of the governorship election slated for November 16.

We reports that Mr. Bello picked the form on Wednesday at the national secretariat of the All Progressives Congress (APC).

The governor came with a large group of his supporters and was first received by the APC Director of Organisation, Abubakar Kyari.

Bello had in June boasted that he would be re-elected without hassles, in a blunt response to questions about his political strength.

A vocal critic of Bello, Senator Dino Melaye, had on July 4 picked his nomination form at the state secretariat of the Peoples Democratic Party (PDP) in the company of aides.