OMG!! 5-Yr-Old Boy Dies After Being Kidnapped, Drugged By His Cousin - NaijaCover.Com
Skip to content 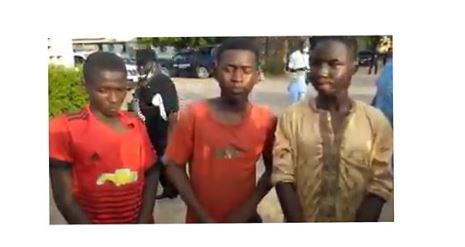 A boy identified as Ibrahim Ahmad, 20, has been arrested for conspiring with his friends, Abdumajid Mohammed,18, and Musa Sanusi, 18, to kidnap his 5-year-old cousin, Ahmad Ado, at Karkasara Quarters, Kano, Kano State.

The suspects kidnapped Ado at his school, Ma’ahat Nursery and Primary School, Karkasara, on July 10, 2019 and initially demanded a ransom of N20million but later reduced it to N100k.

According to the police, the victim died after being drugged to sedate him. The suspects then buried him in a shallow grave at an uncompleted building. They were, however, caught while trying to collect the ransom.

The post OMG!! 5-Yr-Old Boy Dies After Being Kidnapped, Drugged By His Cousin appeared first on Naijaloaded | Nigeria’s Most Visited Music & Entertainment Website.