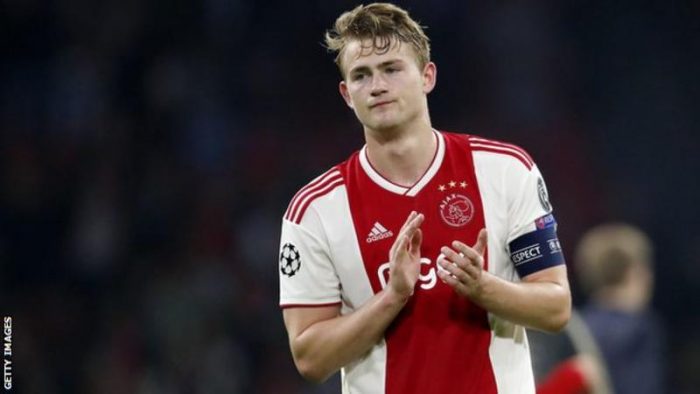 Ajax have left captain Matthijs de Ligt out of their squad for a training camp in Austria as the player is “awaiting a possible transfer”.

The Dutch centre-back has been linked with a move and Barcelona, Juventus, Manchester United and Paris St-Germain all named as potential destinations.

He joined the club aged nine and has scored 13 goals in 117 games.

In a statement, the Dutch club said: “[We] left Saturday afternoon with 28 players to the training camp in Bramberg, Austria, Awaiting a possible transfer, Matthijs de Ligt does not travel with the group.”

Last week, Barcelona president Josep Bartomeu said he knows where De Ligt would be playing next season, but would not elaborate on the point.

Serie A champions Juventus are thought to be the favourites for De Ligt’s signature and are reportedly close to a £71.6m deal.