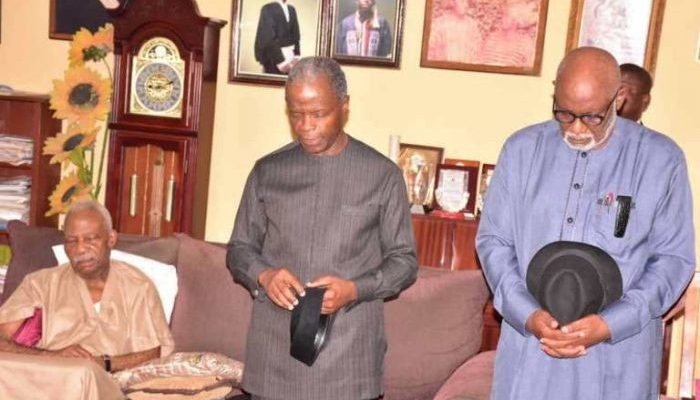 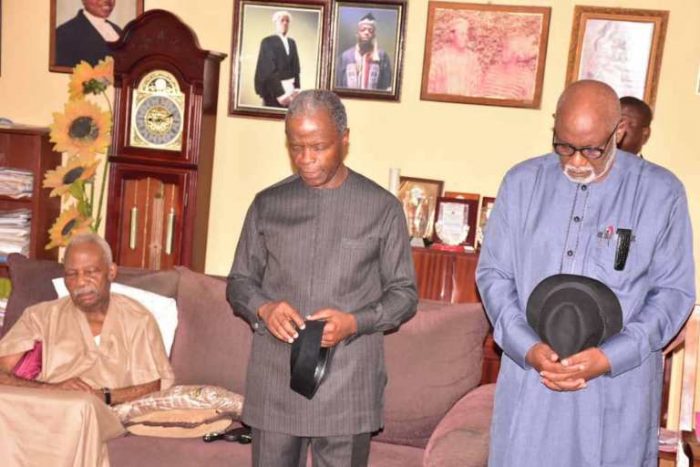 With the death of Mrs. Funke Olakunrin, the daughter of Afenifere Chairman, Pa Reuben Fasoranti, vice president Yemi Osinbajo, Sunday stormed the residence of Pa Fasoranti, in Akure, Ondo State to commiserate with him over the death of his daughter who was killed by suspected herdsmen on Friday.

Osinbajo, who consoled the deceased family, stated that President Muhammadu Buhari led federal government would explore every means to ensure that the perpetrators of this crime were brought to justice.

He equally said that soldiers would be deployed on highways to checkmate the incessant killings in the country. His words, “We will explore all options, including deploying soldiers on the highways, towards addressing the growing cases of security challenges in Nigeria.

“As you know, I am here to commiserate with the families of Olakunri and Pa Reuben Fasoranti. “This is a massive tragedy, as you can imagine. We have seen it replicated here and there, which is kidnapping death and killings.”

CHECK IT OUT:  LeBron James Finally Breaks Silence Over The Death Of Kobe Bryant