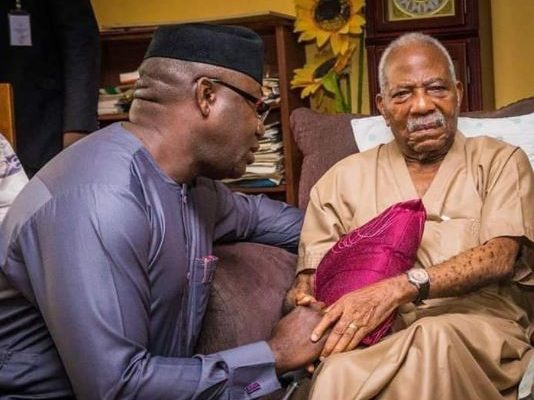 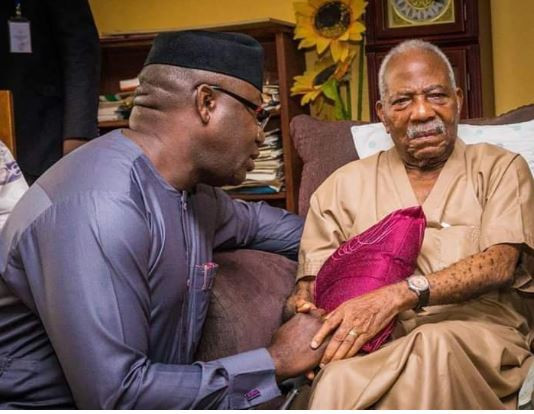 Pa Reuben Fasoranti, Afenifere leader, says he never knew Friday would be the last day that he would see Funke Olakunrin, his daughter who was shot dead along Benin-Ore highway.

Olakunrin, 58, was heading to Lagos from Akure, Ondo state capital when suspected kidnappers targetted her vehicle. Her driver was said to have made a U-turn in an attempt to escape but the attackers aimed at her and she died on her way to the hospital.

Speaking while receiving dignitaries at his Akure residence, the nonagenarian asked the federal government to check the high rate of crime in the country.

“She came to me around 9am on Friday to bid me farewell. I never thought I would not see her again. President Muhammadu Buhari has called to commiserate with me. But all I need from the president is to find solutions to these killings in the country” he said.

Fayemi, who is the chairman of the Nigeria Governors’ Forum (NGF), described the killing of Olakunrin as a tragic loss not only to the family but to the nation.

“I know Mrs Olakunrin very well. As a matter of fact, she was with me three days ago before heading back to Lagos. So, for me, it’s a personal loss.

We all owe it a duty to tackle this issue of insecurity headlong in order to rescue our people from this situation” he said. On his part, Mimiko said:

CHECK IT OUT:  BREAKING!! Ngige Reveals Federal Government Are Planning To Sack Workers (See Why)

I have no doubt in my mind that incident like this would task the very fabric of our nation and would also require very profound political will.