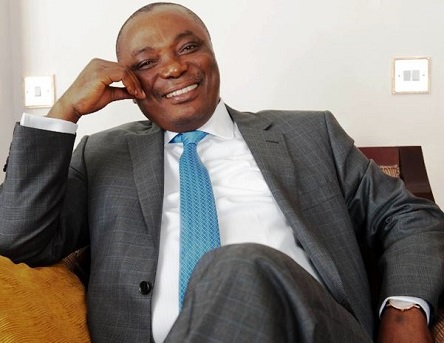 The Special Presidential ‎Investigation Panel on the Recovery of Public Property on Saturday sealed some properties linked to Delta-North Senator, Peter Nwaoboshi, in Lagos and Delta states.

Chairman of the panel, Okoi Obono-Obla, disclosed this on Sunday, by sharing with journalists, some 12 pictures he captioned as “Sealing up of Senator Peter Nwaoboshi’s suspicious assets carried out by operatives of SPIP this weekend in Warri, Asaba and Lagos.”

‎This was said to have followed the July 2, 2019 ruling of Justice Taiwo Taiwo of the Federal High Court in Abuja, ordering the interim forfeiture of 11 properties and 22 bank accounts linked to ‎the senator.

Justice Taiwo had issued the order of interim forfeiture order following an ex parte application by the panel, which described the assets as suspicious or suspected to be far beyond the senator’s legitimate income.

Although, the panel’s lawyer, Celsus Ukpong, had applied for interim forfeiture of 14 landed assets, the judge only granted the request in respect of 11, as he exempted three of them that were without addresses from the order.

CHECK IT OUT:  “Please Help Me Collect The Laptop From Her” – Herbalist Begs Court