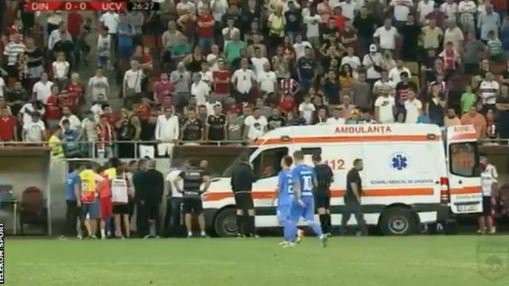 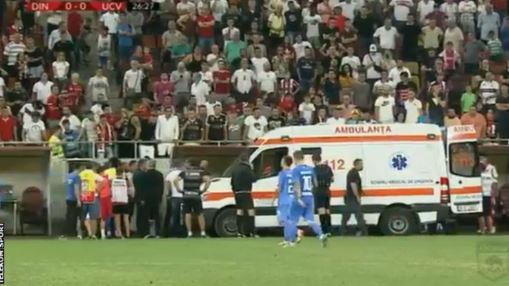 Dinamo Bucharest manager Eugen Neagoe is in a stable condition after collapsing on the bench during Sunday’s 2-0 defeat by Universitatea Craiova.

Romanian media reported the 51-year-old became unwell in the 25th minute in the Liga 1 fixture in the National Arena.

He was given a bottle of water and could be seen breathing heavily on the sidelines shortly before he fainted.

Play was halted for 15 minutes as he received treatment, before he was taken to Bucharest’s Floreasca Hospital.

Neagoe, who only joined the Liga 1 side in June, is stable and will remain under observation at the hospital, local media later reported.

In 2016 Dinamo Bucharest midfielder Patrick Ekeng died, aged 26, of a suspected heart attack after collapsing on the pitch.

CHECK IT OUT:  Let’s Play This Funny Game:- What Would You Win If You Are Represent Nigeria In An Olympic Sport?