Akpabio: I Will Help Buhari To Take Nigeria To ‘Next Level’ – Akpabio - NaijaCover.Com
Skip to content 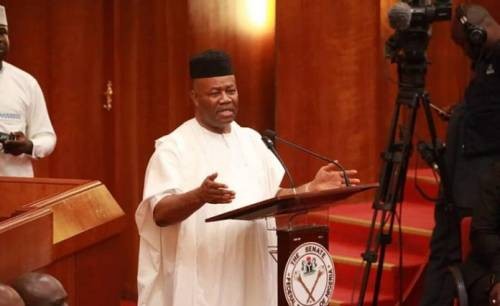 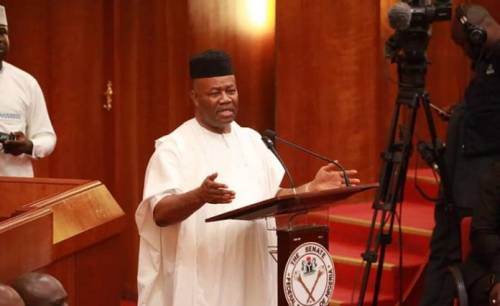 Senator Godswill Akpabio, one of President Muhammadu Buhari’s ministerial nominees, says he will help his principal to take Nigeria to the ‘next level’ by closing doors against people leaving Nigeria.

He also promised to open doors for people coming into the country.

Akpabio, the nominee from Akwa Ibom, disclosed this in an interview with newsmen after his nomination was the Senate on Wednesday.

The minister-designate expressed his readiness to work with Buhari in taking Nigeria to the ‘next level’.

Akpabio, Senator George Akume and Emeka Nwajuiba, being members of the National Assembly at one time or the other, were asked to take a bow and leave during the screening which began on Wednesday.

Akpabio said, “I will do my best to help the president to take Nigeria to the ‘next level’. By this, we are talking about minimizing banditry, increasing our foreign direct investments and putting Nigeria on the threshold of industrialization.”

“We will close the doors of people exiting Nigeria and open doors to make people come in especially the investors. I will work with the government on statistics so as to plan because a nation that fails to plan always plans to fail.

“We must know the number of people coming out of our universities and the numbers of children that are being born in our hospitals, to enable us make proper plans.

CHECK IT OUT:  171 Stranded Nigerians Return From Libya

“As a minister, I’m ready to work and do my best in any ministry it pleases Mr President to assign me. I will represent Nigerians very well now at a larger scale as a minister. I will not change. Wherever I find myself, I will leave the people better than I meet them,’’ he said.

When asked about his opinion on the Ministry of Niger Delta Affairs, the former lawmaker said, “it is important to note first that the place is an interventionist agency.

“Peace is extremely important there for the benefit of the residents, companies doing businesses there and government at all levels. I won’t engage myself in politically motivated projects that have no bearing on the lives of the people.’’

The post Akpabio: I Will Help Buhari To Take Nigeria To ‘Next Level’ – Akpabio appeared first on Naijaloaded | Nigeria’s Most Visited Music & Entertainment Website.