Man Who Supplied Guns To Kidnapper Evans Finally Caught After 2 Years On The Run (PHOTO) - NaijaCover.Com
Skip to content 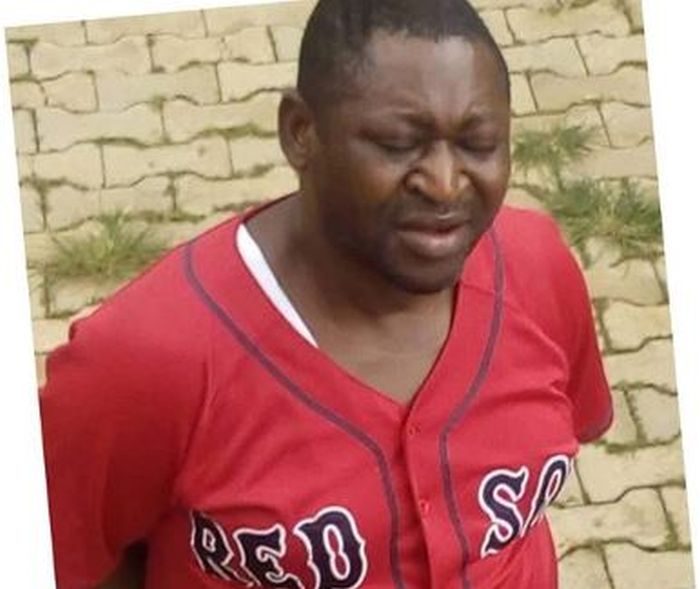 Godwin Chinyere, a 46-year-old man said to be the arms and ammunition supplier of alleged billionaire kidnapper, Chukwudumeme Onwuamadike aka Evans, has been arrested after two years on the run.

The suspect was believed to have gone underground after Evans’ arrest. Chinyere, believing that the dust had settled, came out of hiding this year and was arrested in Asaba, Delta State.

After his arrest, Evans confessed that some of the rocket launchers and AK47 rifles, used by members of his gang in blowing up bank security doors and vaults were supplied by Chinyere.

He revealed that Chinyere had contacts with arms dealers in Chad and Niger Republic.

“One of my customers, Samuel Nwakpa, who usually comes from Kaduna State to buy guns from me, was the person that linked me to big arms’ dealers in Chad and Niger Republic.

“They were the people that supplied me the five AK47 rifles, which I sold to Evans..

He paid me N1.7 million for the five AK47 rifles after they were supplied,” Chinyere said.

CHECK IT OUT:  Singer, African China shows off his newly completed luxury house