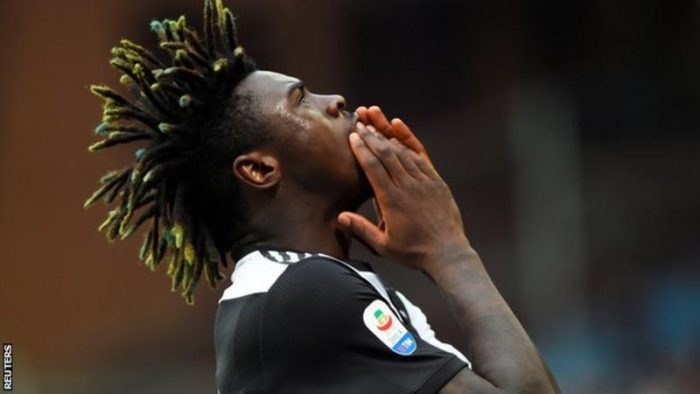 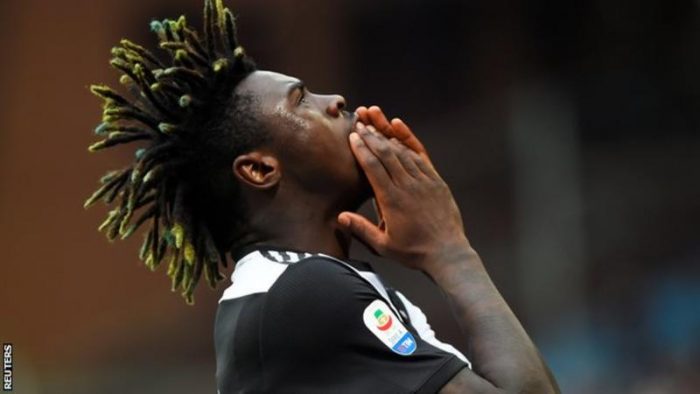 Everton are closing in on a deal to sign Juventus forward Moise Kean.

The Italian, 19, has been linked with a move to Goodison Park for up to £36m, with manager Marco Silva reportedly wanting five new players before the transfer deadline on 8 August.

Kean has scored eight times in 21 games for Juve, who he joined aged 10, and has two goals in three Italy matches.

Everton’s record signing is midfielder Gylfi Sigurdsson, who arrived from Swansea for £45m in 2017.

The Toffees have sold midfielder Idrissa Gueye to Paris St-Germain for about £30m, as well as winger Ademola Lookman to RB Leipzig for £16m.

Silva has made three signings so far this summer.

Andre Gomes has made his move from Barcelona permanent for over £22m, fellow midfielder Fabian Delph has joined from Manchester City for up to £10m and goalkeeper Jonas Lossl has also arrived.

CHECK IT OUT:  PLEASE HELP! Can A Person Lose His Sanity Due To Excess Reading?