‘It Is Laughable And Progressively Pitiable To See Atiku Appeal To The Emotions Of Nigerians – Femi Adesina - NaijaCover.Com
Skip to content 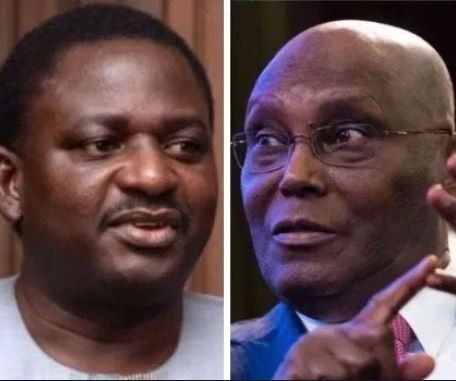 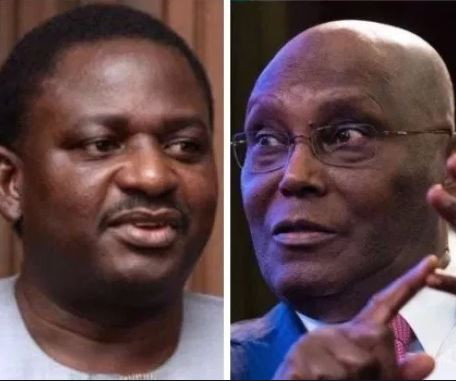 Femi Adesina, the special adviser to President Buhari on media and publicity has dragged the heck out of the former vice president, Atiku Abubakar in a new article. Adesina said, ‘first, it was laughable, now it gets progressively pitiable,

to see and hear efforts by presidential candidate of the People’s Democratic Party (PDP) in the last general elections, Alhaji Atiku Abubakar, appeal to the emotions of Nigerians, particularly members of the judiciary, perchance it would influence decision in the ongoing legal tussle over the result of the presidential poll’.

When the Supreme Court recently pronounced the All Progressives Congress (APC) candidate as due winner of Osun State gubernatorial contest, Alhaji Abubakar, a former Vice President, had chided the court, saying it should have considered “the pulse of the nation,” and reflected it in the judgment.That was when the jigsaw puzzle began to fall in place.

Were most of the challenges in the country being orchestrated by hidden hostile hands, who think such would influence the judiciary, which would consider the so-called “pulse of the nation” in arriving at judgment on the presidential poll?Before and after the Osun State judgement, the PDP candidate had always been quick to play up negative developments in the country, the latest of which is the tendentious story by Wall Street Journal,

alleging that about one thousand Nigerian soldiers had been recently killed by Boko Haram and Islamic State of West Africa terrorists, and secretly buried by Nigerian military authorities.The military has duly countered the story, educating the Wall Street Journal on the hollowness of its publication.

But Alhaji Abubakar has quickly weighed in on the matter, as part of his gambit to whip up emotions, and perhaps get the judiciary to reflect the “pulse of the nation” in its judgment.

According to the PDP candidate, who lost the last February poll by nearly four million votes, as released by the electoral umpire, he could “not fathom that in the space of a year, scores of great patriots were killed and buried secretly without their families being told.

”In an apparent afterthought and doublespeak, he added that he was hesitant to believe that “such grand scale of deceit is even possible under a democracy, such as Nigeria is expected to be.”The above, rather than mitigate Alhaji Abubakar’s position, gives him out as someone who denigrates the country’s democracy, which he was part of building, in his heyday, before unbridled ambition blinded.

Yes, soldiers fighting insurgency and terrorism are great patriots. But the same can’t be said of anyone quick to believe any negative story about his country, however fictive and lacking in verity as the story could be. Well, except such person had the motive of whipping up negative sentiments and emotions, so that the judiciary could respond to the “pulse of the nation and reflect it.

”We have told Alhaji Abubakar and his co-travelers that the judiciary would always come to conclusions, drawing from matters of the law placed before it, and not sentiments or so-called “pulse of the nation.

”Therefore, in vain does anybody labour to devalue the government and its military, thinking it would fall into a grand plan to get into office through artifice.

CHECK IT OUT:  We Will Perform Better Than Saraki And Dogara — Gbajabiamila

The campaigns and elections for 2019 are long over. The country has moved on. And those who know it actually know it.

The post ‘It Is Laughable And Progressively Pitiable To See Atiku Appeal To The Emotions Of Nigerians – Femi Adesina appeared first on Naijaloaded | Nigeria’s Most Visited Music & Entertainment Website.