If Burna Boy Does Not Stop This, He Might Fade Away Real Soon (Must Read) - NaijaCover.Com
Skip to content 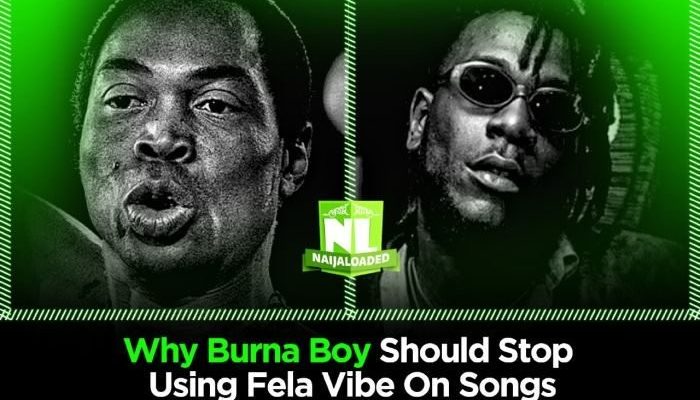 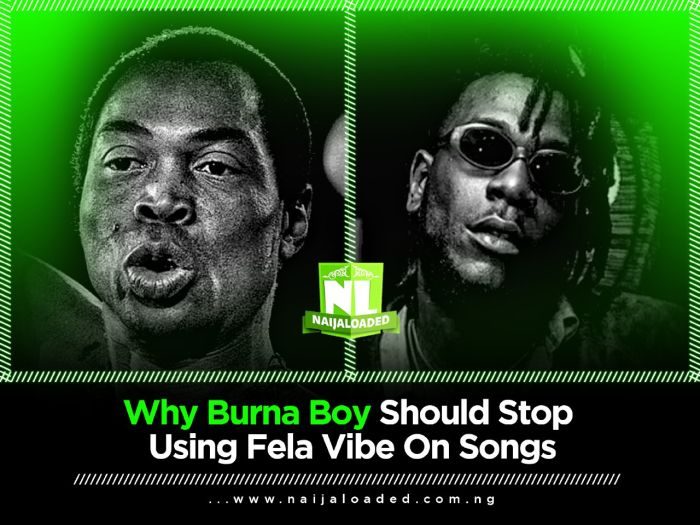 Burna Boy’s use of Fela Vibes is becoming  too much. Kilode!!!

Let’s put sentiment aside, Burna Boy who used to be formerly addressed as Reggae dance hall act with songs like; “Run My Race“, “Like To Party” is now beginning to over-use Fela Afro-beat style of music.

Burna Boy’s first two albums, ‘LIFE‘ and ‘ON A SPACESHIP‘ were dope albums even without any form of Fela Vibe on both music projects.

There is nothing wrong in embracing new sound, but attempt to hold on to this one style might render him irrelevant real soon in the music industry.

Burna Boy seems to have picked up the style after “Ye” and “Gbona” became a huge success last year. This 2019, no attempt has been made by the self-acclaimed “African Giant” to diversify his sound a bit. He has never done any song that sounds different from Fela‘s vibe.

Listen to Burna Boy‘s album, it’s Fela‘s style from start to finish, which made the album boring at some point. The truth is, Fela succeeded because Afro-beat sound is his creation which comes with heavy messages of political activism.

The likes of Wizkid will continue to reign due to ability to diversify sound from Afro-beats to Afro-pop. Therefore, Burna Boy should also consider diversifying.

Too much of sugar dey cause Jedi and Jedi fit kill pesin.

Do You Think Burna Boy Is Over-using Fela’s Vibe?

Should Burna Boy Consider Changing To His Old Style At Least Once In A While On Songs?

Let’s have your thoughts on this

The post If Burna Boy Does Not Stop This, He Might Fade Away Real Soon (Must Read) appeared first on Naijaloaded | Nigeria’s Most Visited Music & Entertainment Website.